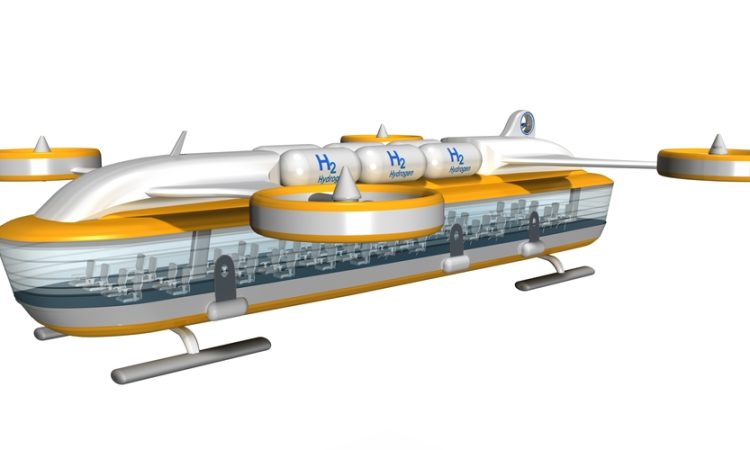 “One of the most important differences between the new A/UAM programmes announced in late November and December 2022 and earlier project announcements is that the programme champions are more likely to come from infrastructure providers than eVTOL manufacturers and operators,” according to the Global Air Mobility Market Map editor Philip Butterworth-Hayes. “Dubai has announced the setting up of a major new AAM integration/development centre – with VPorts as a major industrial partner, while, during the same month, Air Chateau and Sweden’s Kookiejar reported they will develop an operational vertiport in the same country. VPorts has also started work in an AAM corridor between Syracuse Hancock International Airport (New York, USA) and VPorts’ vertiport hub in Mirabel.  Meanwhile, Skyports Infrastructure and Corporación América Airports have signed a Memorandum of Understanding (MOU) to plan for vertiports to be built at potentially all Corporación América Airports 53 airports in Argentina, Brazil, Uruguay, Ecuador, Armenia and Italy. And Beta Technologies has given more details of its plans to develop a network of 65 charging stations for its Alia eVTOL across the USA.”

“Other major announcements were SkyDrive and Pacific Group’s decision to explore A/UAM markets in Vietnam based on the SkyDrive’s SD-05 eVTOL, Eve Air Mobility’s Letter of Intent (LOI) with FlyBIS Aviation Limited to collaborate on the development of eVTOL operations across South America and Hyundai Motor Group’s MOU with the Nusantara Capital City Authority to work together to establish an AAM ecosystem in Indonesia.”

In December 2022 Air New Zealand launched its Next Gen Aircraft programme “to accelerate the development of zero emissions aircraft technologies and the infrastructure required to make these a reality for commercial aviation in New Zealand.”  Four industry partners have been identified: Evation, Cranfield Aerospace, VoltAero and BETA. Mission Next Gen Aircraft has two goals: fly the first commercial demonstrator flight from 2026; begin replacing the Q300 domestic fleet with a more sustainable aircraft – likely green hydrogen or battery hybrid systems from 2030. Cranfield Aerospace Solutions (CAeS) was announced as the sole hydrogen-powered aircraft partner. If successful, CAeS will carry out commercial demonstration in 2026 and beyond with the airline signing a letter of intent for three aircraft to fly the commercial demonstrator operation with an addition option for 20 aircraft. Phase one of CAeS’ roadmap to produce zero-emissions aircraft is “Project Fresson” – the conversion of a Britten-Norman Islander 9-seat aircraft from conventional fossil fuel to that of gaseous hydrogen propulsion. Germany’s Evia Aero airline has also signed outline order with CAeS for the delivery of ten Britten Norman Islanders powered by hydrogen fuel cells. The aircraft is aimed at coastal routes in Germany, the Netherlands and Denmark.

In November 2020, Australian aeromedical charity CareFlight and eVTOL aircraft developer AMSL Aero teamed up in Sydney to launch a new eVTOL air ambulance service to tackle rural and regional healthcare inequality in the country.  In early September 2022 AMSL Aero announced it had received AD23 million in private equity funding to develop its 300kmph Vertiia eVTOL, with a range of 1,000 km in its hydrogen-powered version. According to a report in the Australian Financial Review: “If the aircraft are adopted for commuting between regional areas and cities…people at the outset could expect to pay about USD130 for a trip from Melbourne to Geelong on a 15-minute flight. In NSW, a trip from Sydney to Terrigal would be similar.”

In December 2022 Spanish airlines Air Nostrum and Volotea acquired a minority stake in Dante Aeronautical, which is working to market electric propulsion conversions of turboprop aircraft such as the Cessna Caravan, the DHC Twin Otter, the Beechcraft King Air, and the Casa C212. According to press reports: “The partners are seeking a supplemental type certificate to convert the battery-powered Caravan and aim to start deliveries in 2025. By the following year, they aim to get approval for another version of the aircraft powered by hydrogen fuel cells and then add retrofits for the King Air, Twin Otter, and C212 to its portfolio between 2027 and 2028.”

Meanwhile, Electra eSTOL manufacturer has announced a letter of intent (LOI) with Argentina’s El Azufre, a ski resort located in the Andes Mountains, for five Electra eSTOL aircraft to offer transport links to and from the remote resort. El Azufre opted for Airflow aircraft powered by hydrogen. According to a press release: “These aircraft will be fuelled with locally produced green hydrogen that is generated at El Azufre using renewable, geothermal energy. “El Azufre guests can arrive at the resort in just 20 minutes from the Malargüe, Mendoza, and Argentina international airports, while also making a less than 60minute flight possible from Mendoza’s fantastic vineyards,” said Daniel Nofal, founder of El Azufre.

Finally, in September 2021 the Israeli-based Urban Aeronautics announced that the company had secured a USD10 million advance to further develop its CityHawk. The funds will be used to evolve its hydrogen-fuelled Fancraft technology for its latest CityHawk craft for inner-city air charter and Emergency Medical Services (EMS) flights. The company has received a pre-order from Hatzolah Air for four CityHawk VTOLs for ambulance use and has signed study agreements with Skyports to investigate the infrastructure needed for vertiports in major urban hubs in the Middle East, as well as how vertiports can be designed to better support a hydrogen-fuelled air fleet.