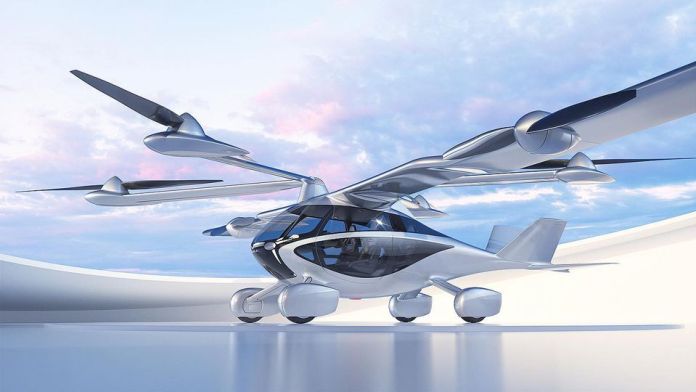 ASKA is the new flying car on the block that drives on the road like a car, but then flies like an aircraft. NFT Inc, the company behind this concept, founded in 2018 by Guy and Maki Kaplinsky, is now taking pre-orders from the public, reports a press release.

To assist with its marketing, NFT has opened the world’s first consumer flying car showroom, located in Los Altos, the heart of Silicon Valley. The sales showroom features demonstration models of the ASKA and also functions as a learning centre about UAM.

The four-seater flying car is promoted as “a new door-to-door mobility option offering the freedom to choose to travel on the road or in the air.” It is capable of vertical take-off and landing (VTOL), as well as short take-off and landing (STOL). This private commuter vehicle enables people “to live in a quality environment outside urban areas and to quickly and easily commute to the city centre, door to door.” There is a special limited edition of ASKA now available for pre-order priced at USD789,000 which includes a fully refundable USD5,000 deposit. The initial limited model of ASKA has a flight range of up to 250 miles powered by electric motors, and “is equipped with a range extender as a redundant safety system. Full electric system architecture of ASKA enables future models to convert range extenders to any other energy source such as hydrogen.”

Guy Kaplinsky, Co-founder & CEO of NFT, said,“We have focused significantly on ASKA’s safety elements, which include dual energy sources, large wings, large propellers, 6 pack of batteries to ensure ASKA is as safe in the air as it is on the ground.”

He continued, “We anticipate that flying cars that are accessible to the general public will be as instrumental in re-defining how and where we live, as the original automobile was to the foundation of our country’s highway and road systems.”

Maki Kaplinsky, Co-founder & Chair/COO of NFT, added, “To build a better society and a better economy, we need better transportation solutions, and flying cars will be a part of that equation.”

Customers placing pre-orders will also be granted 1 option of share equity if eligibility requirements are met to comply with securities laws. VIP services included in the price are Pilot License training, Customised interior/exterior design, and a Personalised license plate. The ASKA is targeted for delivery in 2026, pending standard regulatory approval and certification. ASKA’s full scale flight demonstrations will be taking place in 2022, and the company is part of NASA’s Advanced Air Mobility National Campaign, along with Boeing, Bell, and others; ASKA is the only consumer-oriented company in this group.