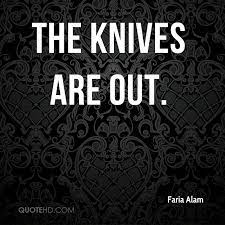 Given all the positive news about the nascent drone and eVTOL industry since 2021 began, it had to happen. The backlash begins and the media sharks and analysts are encircling. Amidst all the news of mind-boggling SPACS and promises of 2024 being “the start of the eVTOL revolution”, uncertainty has always lain in waiting.

The EHang “damning report” from Wolfpack in February causing a dramatic downward spiralling of its share price and the recent shocking allegations from Wisk Aero of skulduggery and fraud from Archer Aviation resulting in an impending lawsuit… Do we put our heads in the sand and dream of gold-paved air corridors or face reality head-on and accept life is rarely ever straight, usually up and down and, at times, all over the place? Telegraph.co.uk is one of the online papers to jump in to the fray this week.

First, the paper pounces on the Wisk allegations made more sensitive due to an interview with the Archer co-founders the day before the news broke. Wisk alleges that Archer’s eVTOL aircraft is based on thousands of files illegally downloaded by former employees before they defected to its competitor. Wisk stated, “We believe it is virtually impossible for Archer to have produced an originally-designed aircraft in this timeframe.”

Archer’s response was pugnacious, calling it “a deflection” from Wisk’s “business issues” and saying it had no reason to believe any proprietary Wisk technology ever made its way to Archer. The company has vowed to contest it in court, although disclosing that it had suspended an employee as part of a US government investigation. The Telegraph says the case comes at a sensitive stage for Archer and alludes to a “hall-of-mirrors” prognosis of the company pointing out, for example, there has been no actual real photographic release of its aircraft before a planned debut this summer. FAA records list one aircraft of “unknown” type, with 16 engines, apparently built by an unmanned aircraft workshop at the University of Florida, where the co-founders, Adam Goldstein and Brett Adcock first began. The two confirmed the craft’s existence, but declined to comment further.

During the interview with The Telegraph, the two founders briefly appeared to be dialing in from an Archer hangar containing a gleaming black Maker, yet a computerised white fuzz around their heads indicated the reality. “This is a Zoom background,” said Adcock, “but very soon you’ll be able to see it in action.”

A further challenge Archer face is that all the dreamy financial forecast estimates also assume the company can persuade cities to build the infrastructure to land eVTOLs directly in built-up areas, while charging them in place between trips. If that sounds dubious, what would Uber and Airbnb’s battles with local officials have been like if their products could fall out of the sky? And then, of course, there is “that little problem of regulations.”

In the Pitchbook report (read previous UAMN article), senior analyst, Asad Hussain, comments, “We believe mass eVTOL deployments in the early-to-mid 2020s are unlikely given large technological, regulatory, and infrastructure-related hurdles.” He is highly skeptical of schedules like Archer’s.

Hussain dismisses Archer’s ambition to make USD1bn in 2025 and believes the entire industry will only amass USD1.5bn that year, given the comparable costs per mile are unfeasible until batteries and autonomous technology improve. And what of the basic questions, no-one wishes to ask? For example, have the co-founders even actually flown, yet, in their own Archer aviation creation? Of course not. Yet, the first flights are potentially scheduled in six months time.

And what afterwards?  “We will be doing thousands of flight tests with pilots,” says Adcock carefully. “Prior to getting full certification in 2024, we won’t be doing passenger trips, even internally.” He says that FAA rules preclude any such flight both for Archer and its competitors.

Goldstein acknowledges that eVTOLs need to prove their safety, but asks, “If a vehicle had the logo of a major US carrier on the side of it, why would you feel different flying in that vehicle versus any other? If you see a plane at the airport, do you ask yourself ‘is that an A320? Is that a 787?’ You don’t really… you say ‘oh! That’s a United plane.’”

Goldstein continues, “I just want people to understand how close this industry is to coming to market, and that when these vehicles do get certified, then you will see them flying around. And it will make sense to everybody. They’re just lower cost, lower noise, safer vehicles.”

Yet, the reality is, pushing aside all the dreams, hubris and general cacophony of promises, the Wisk lawsuit remains a potential ball-wrecker, with echoes of Google’s 2017 complaint against Uber. If Archer can get away with USD225m settlement, for example, the eVTOL Industry will breathe a massive sigh of relief. If not, and Wisk fully proves its case, what then?

Perhaps we should listen to American singer, Tupac Shakur, who rapped, “Reality is wrong. Dreams are for real.”