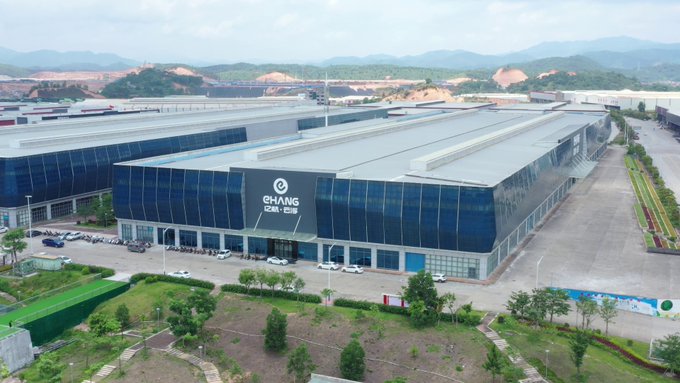 After a challenging year when its share price dropped meteorically five months ago, triggered by “a damming financial report” from U.S. Analyst, Wolfpack, EHang has much to cheer about.

First, the AAV company began operations a month ago at its new production facility in Yunfu city, Guangdong province, reports a press release. And second, an originally planned June Investor Day, first promised back in February, is now penned in for August 18th. The event is to take place at the Yunfu premise.

Registration is open until August 2nd and can be found here: The new facility which represents a scale-up of the company’s production capabilities, has a floor area of around 258,000 square feet and includes a research and training centre as well as manufacturing and assembly areas.

EHang explained the Yunfu plant is to begin producing up to 600 of its EH216 passenger AAVs per year, a capacity that “can be further increased to support the growing global market needs.” In a recent annual report, EHang stated it had sold 70 units of passenger-grade AAVs in 2020, up from 61 units in 2019.