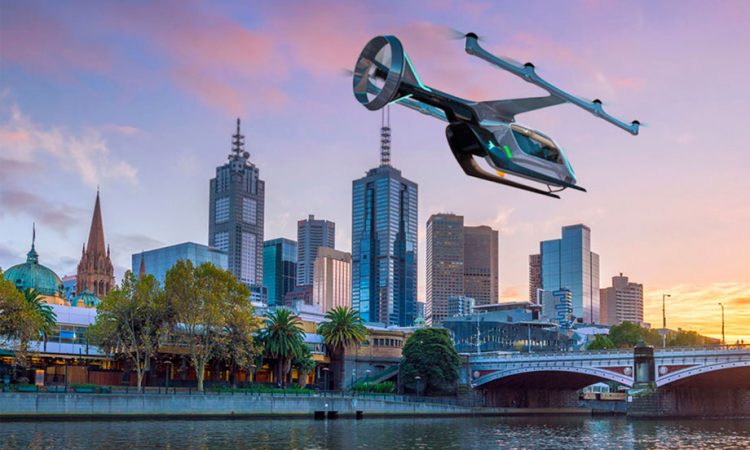 An eVTOL expert told the sun.ie this week that passenger air taxis will be flying commuters over Irish skies “in just a few years.” While Ireland = Manna Aero to those knowledgeable about this nascent industry, Ian Kiely from Drones Consultants believes there will be far more companies taking to the Irish skies soon including eVTOLs flying passengers from Dun Laoghaire, across Dublin Bay and into the city centre. He tells the Irish Sun, “It may take a number of years to happen, but Ireland is at the forefront of this emerging industry.” Referring to Manna, Kiely continues, “Who’d have thought Ireland would be the first country to have proper drone deliveries taking place? Tesco to your house, and your food is being delivered into your garden. The Galway service seems to be going brilliant, drones running night and day.”

Yet, hopping on to a passenger eVTOL is a major leap up from from drone delivery.  He points out, “Passenger drones have to be of the standard of an aircraft. They will need to pass rigorous testing.”

Eyes are on flying taxi developments in China and the Middle East, where EHang dominates, and Kiely believes that once the financial and regulatory hurdles are jumped, we will be seeing them flying around Dublin by the end of this decade, especially if the 2024 French Olympic Games eVTOL showcasing goes well.

He comments, “If we could get our hands on one, we could go through the safety protocol and fly one here. It’s all about money at the moment. If you leave Dun Laoghaire harbour and fly to the city centre quays, you can do so over the ocean at 200ft. If there was some kind of failure there would be airbags to take it down to the water.” Adding, “That would mitigate a lot of the start-up problems.” Kiely goes on, “The buildings on the Silicon docks could have landing docks on the roofs, so we won’t need to go between buildings. We’ll have ferry ports for everyone on a street.”

He explains that like with most new technologies the initial high cost would primarily serve business customers, at first. “Take a group of business people going from Dalkey into the city, they’d pay a grand a month, if their time is that valuable. The drones can travel 50-100kms. It’s totally feasible to go into the city and back. At the ferryport, rather than recharging the craft, you just open the back, pull out the battery, pop in the new one, and off you go again.” Looking Over the Quays in Dublin City

Apart from soothing the feathers of the environmentalists, there is the potential of search and rescue at a cheaper cost than helicopters. “The drone can be covering vast areas, thousands of acres in an afternoon. It’s feeding back live stream but it’s also got AI, so it’s searching for shapes of bodies in the grass, change of colour in the landscape, very effective software.” Adding, “Finding someone is four times faster compared to the present conventional means.”

While Kiely points out the potential for accidents, where safety is paramount, the public already accept aeroplane and helicopter crashes as “part of life”. Would they do the same for eVTOLs?

Given the Irish Aviation Authority (IAA) shows more leniency towards air regulations compared to many of its European counterparts, there is every possibility that Ireland may forge the way in the eVTOL revolution with air taxis flying over Dublin towards the end of the decade.