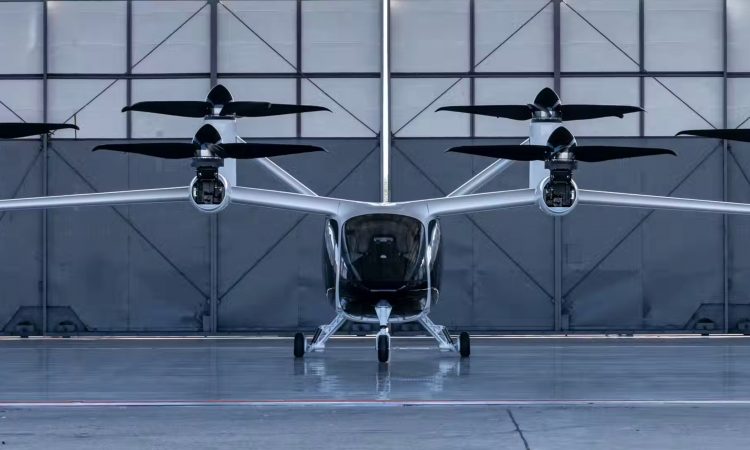 As widely publicised earlier this week, Joby released its Q4, 2021 results on Thursday which showed the market and investors, the eVTOL company is on course for starting commercial operations in 2024. Or as some might say, “It’s steady as she goes”.

: Certification Progress. Joby entered the “implementation phase” of its aircraft type certification program, as the first manufacturing conformity testing got underway. The  first Systems and Compliance Reviews with the Federal Aviation Administration (“FAA”) was completed and then entered the fourth of five stages towards gaining Part 135 Certification. Joby is “making excellent progress on finalising this means of compliance and has submitted its first area-specific certification plan.”

: Manufacturing Progress. Joby has completed the build-out of 125,000 sq. ft. of manufacturing space and, in early 2022, began the manufacture of its first production-intent aircraft in this pilot manufacturing facility.

: Firm Financial Footing. At the end of 2021, Joby had USD1.3 billion in cash and short-term investments to support operations. Net cash used in operating activities, purchases of property and equipment and acquisitions totalled USD62.3 million in the fourth quarter.

: Net Income. Fourth quarter net income of USD5.0 million reflected an operating loss of USD77.2 million more than offset by other income of USD71.7 million as well as a USD10.5 million tax benefit related to accounting adjustments for our acquisition of Uber Elevate within the measurement period.