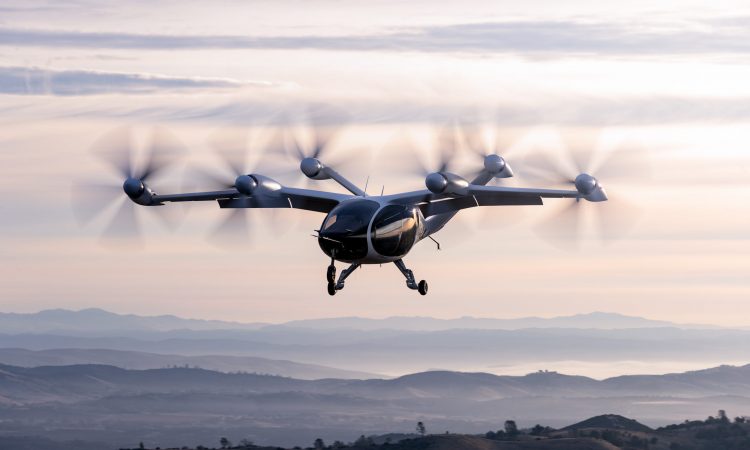 Joby Aviation announced late last week, the company has started Federal Aviation Administration (FAA) conformity testing, a vital milestone on the path to achieving type certification for its aircraft, reports a press release. This beginning is a significant moment for Joby as the company’s aircraft type certification program enters the “implementation phase” for the first time.

Developed by Joby engineers, “The testing is designed to confirm the material strength of composite coupons that are representative of the aerostructure of Joby’s aircraft. The resulting compliance data will form the foundation for future testing of structural components of the aircraft as Joby progresses through the type certification process.” The release goes on, “Each system and structure of the Joby aircraft is to enter the implementation phase and begin conformity testing following completion and approval of requirements definition and compliance planning.” And continues, “During this phase, Joby will complete thousands of inspections and tests to demonstrate the airworthiness and safety of its aircraft before receiving a type certificate from the FAA.”

JoeBen Bevirt, founder and CEO of Joby, enthused, “After years of development, we’re excited to formally begin the process of conformity testing. We began engaging with the FAA in 2015 to lay the groundwork for certification of our aircraft, and today we move closer to bringing fast, clean and convenient aerial ridesharing to the world.” In November, Joby completed its “first FAA part conformity inspection as expected, confirming that the batch of test coupons used in the ‘for credit’ testing conformed to the attributes and specifications of their associated design data and as intended for the aircraft’s type certification.”

The coupons, constructed by using a toughened epoxy and state-of-the-art carbon fibre, result in a material that is lighter and stronger than existing aerospace-grade composites, making it ideal for an eVTOL aircraft.

Lina Spross, quality and supply chain lead at Joby, remarked, “Entering this stage of testing demonstrates that we’re capable of manufacturing composite parts in accordance with their design, our quality system is capable of producing conforming composite parts for the aircraft, and that we have the requisite traceability and design verification processes in place to progress toward our type and production certifications.”

In 2020, Joby became “the first and only eVTOL company” to sign a G-1 (stage 4) certification basis with the FAA, having received an initial (stage 2) signed G-1 from the FAA the previous year.