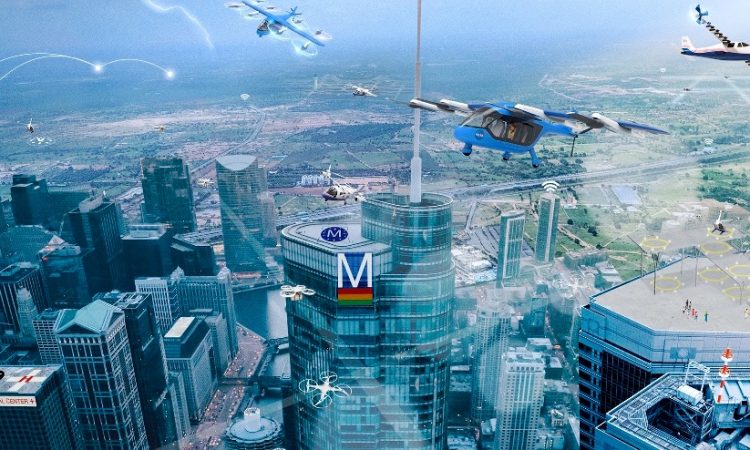 A new start-up called Whisper Aero, claims it has resolved that “irritating buzzing sound of drones and eVTOLs”, reports a press release. The company says it has found a solution to the “noise problem” which it believes is “a barrier to the successful worldwide commercialisation of this new form of air transport.”

Founded last year by Mark Moore, a former NASA engineer and executive within the early days of Uber Technologies before its acquisition by Joby Aviation, Whisper Aero has engineered “a new propulsion configuration which will seamlessly blend into the background noise of city landscapes.” Moore commented, “Half the people think drones are cool and half of them are really annoyed by them. They’re annoyed because there is this really aggravating noise source that should not be there. It sounds like a flying Cuisinart and makes people really uncomfortable.” He continued, “If you want the public to buy into the idea of more and more of these things appearing, you can’t annoy them, and you can’t scare them.”

Moore believes the noise produced by the early eVTOL vehicles will limit their success. While they’re quieter than helicopters, the aircraft still produce that swarm of bee-like buzz. He said, “The industry is taking the path of least resistance and companies are unwilling to deal with the noise in their rush to get aircraft to market.”

Based in Crossville, TN, U.S, Whisper Aero’s patents, as they continue to work their way through the approval process, should be on sale by as early as 2023. From there, the company will expand their product line to include eVTOL manufacturers. To date, the firm has 11 employees and raised over USD7.5 million from investors, including Robert Downey Jr, Menlo Ventures, Lux Capital, and Kindred Ventures. Whoever leads this market and resolves the sound “problem”, a huge amount of revenue is awaiting. Resolving the noise difficulty is critical for the drone and eVTOL industry to be embraced and fully welcomed by the public.