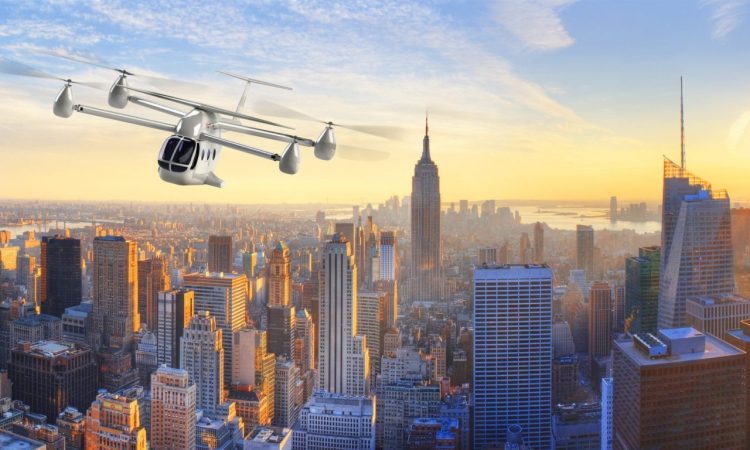 Arizona-based helicopter manufacturer, Rotor X (RX), announced last week its aim to enter the eVTOL market with a new electric air taxi, reports autoevolution.com. Dubbed the RX eTransporter, the aircraft promises to be “the world’s most efficient and cost-effective helicopter for civilian use.”

RX is presently running the former RotorWay International facility in Arizona, which has produced kit helicopters during the last 53 years. For the development of the eTransporter, the company has been collaborating with Advanced Tactics (AT), the makers of the Black Knight Transformer eVTOL for the U.S. army. The technology behind the new air taxi has been trialed for more than a decade, with AT producing many heavy-lift multi-rotor prototypes. According to RX, AT is now working on two contracts with the U.S. Air Force related to the eTransporter.

Designed to carry six passengers for distances over 230 miles, the quad-rotor aircraft provides plenty of legroom and charter-jet type interiors. RX is also considering an open-interior version to be used for air taxi operations, package delivery, or search and rescue operations.

Unlike most eVTOLs that rely on a large wing to make the aircraft efficient, RX eTransporter uses a smaller wing to maximise natural lift. It also doesn’t require a tail rotor, which greatly improves its capability.

RX eTransporter will have a maximum flight time of 1.5 hours on a single charge, and is able to hover for over 45 minutes or approximately three times the length of regular eVTOLs. This air taxi could reach a top speed of 160 mph and cruise at 140 mph. While not the quickest on the block, the design is aimed at efficiency, allowing the aircraft to carry up to 1,600 lb of cargo at an altitude of over 25,000 feet.

The company hopes to obtain FAA certification later this year and plans to conduct the first flight in the Autumn. During 2022, the eTransporter is to begin testing in Alaska.