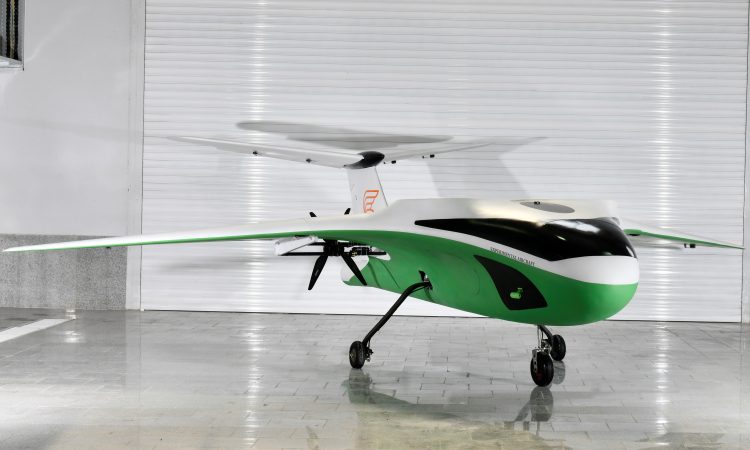 Designed for intercity transport, the release says, “eStarling aircraft will combine a helicopter’s vertical ability to take off and land from almost anywhere, with the speed and range of a business jet. With a semi blended wing body (BWB) design and powered by sustainable aviation fuel (SAF), the eStarling will be the fastest hybrid electric eVTOL aircraft in the world with the longest range.” The craft has a cruising speed of 300 mph and range of 800 miles and will transport passengers ‘helipad to helipad’ avoiding the need to travel to and from airports. Dr. Seyed Mohseni, CEO of SAMAD Aerospace, remarked, “The importance of these recent flight tests is the initial validation of autopilot that has been developed by the SAMAD Aerospace team.” Previous trials developed conventional take-off and landing of the prototype.

The release continues, “Recent tethered hover tests followed by full hover ones demonstrated a very agile and stable prototype with hovering and helicopter moves. This month’s hover tests were performed over a crane system, and they focused on the validation of the flight control system in hovering mode.” Adding, “The aircraft consumed 65 percent of the available power to take off and hover with a healthy power surplus for adverse weather conditions.” The craft can be pre-ordered now for delivery in 2026.