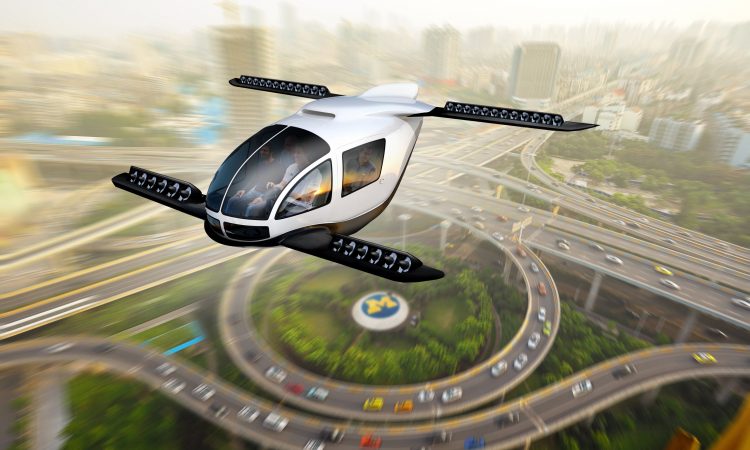 A major boost for the personal eVTOL market arrived this week when a top Geely Executive announced, “Self-flying cars are closer to being realised than self-driving cars.”

Guo Liang, CEO of Geely-owned Aerofugia, was speaking last week at the Beyond Expo event in Macau, China where he emphasised that despite regulatory barriers and ethical issues, self-flying cars “are likely to be ready before autonomous road vehicles.” He explained that because “the movements of unmanned aerial vehicles are supervised by aviation authorities, this makes them more coordinated and safer than ground vehicles.” Geely is among a number of auto giants to invest in EVTOL start-ups, racing to grab a foothold in this nascent market. In September 2020, the company took a big step into aviation by forming Aerofugia through a merger with Chinese drone developer AOSSCI.

Geely had invested in German flying taxi start-up Volocopter, the previous year, which led to a joint venture with Geely’s Aerofugia, with a plan to bring 150 eVTOL aircraft to China as early as 2024. Liang called for a joint effort from industry players “to scale up urban air mobility operations with regards to technical standards and route management.”

Also speaking at Beyond Expo was Jiang Yutao, Vice-President of EHang, who confirmed that “a clear regulatory framework and established infrastructure on the ground needs to be in place for the craft.” Adding that “eVTOLs could help China meet its climate goals.” Ehang expects to obtain approval from the Civil Aviation Administration of China for its autonomous aircraft EH216 within the next few months, where such developments make Guo’s prediction “more realistic.”