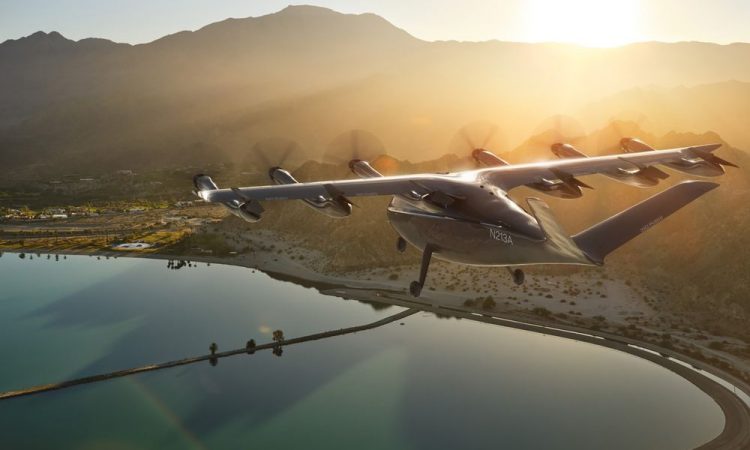 Wisk, a joint venture of Boeing Co. and Google co-founder Larry Page’s Kitty Hawk Corp., said former employees “downloaded thousands of files and secret designs” before taking jobs at Archer, according to a complaint filed this week in a Californian federal court.

Wisk explains that Palo Alto-based Archer had “no meaningful operations as of January 2020,” but then announced a year later that it would have “an eVTOL aircraft ready within months”, after hiring over 20 Wisk employees. The reason for Archer’s rapid development became “more self-evident as it began revealing designs of its aircraft,” including a rendering that resembled one from Wisk’s confidential patent application in January 2020, the complaint suit alleges. An Archer spokesperson said in an email that it has “placed an employee on paid administrative leave in connection with a government investigation and a search warrant issued to the employee, which we believe are focused on conduct prior to the employee joining the company.” The spokesperson declined to specify the nature of the probe. Archer and three other employees have received related subpoenas, and “all are fully co-operating with the authorities.”

Archer’s valuation soared from USD16 million in April 2020 to USD3.8 billion through a merger announced in February with a special purpose acquisition company (SPAC), orchestrated by investment banker, Ken Moelis.

Bloomberg.com explains that Wisk said it learned of “suspicious activity” after hiring a third party to conduct a forensic investigation of computer hard drives used by the former employees, a routine practice for protecting its intellectual property. According to the complaint, the investigation showed USB thumb drives were used to download thousands of files, including more than 3,400 by an engineer on Christmas Day in 2019.

Archer has also been accused by Wisk of infringing four patents related to aircraft design for better stability and control, thermal management of rotor control assemblies and fast-charging batteries. Wisk has almost 80 U.S. patents in all, with more applications pending, and said in the complaint that its intellectual property “is core to its business.”

In a statement, Archer says the lawsuit is an attempt by Wisk “to deflect from the business issues that have caused several of its employees to depart.” That Wisk made initial allegations more than a year ago, and “after looking into them thoroughly, we have no reason to believe any proprietary Wisk technology ever made its way to Archer.” According to the lawsuit, Archer co-founders Brett Adcock and Adam Goldstein have hired at least 20 former Wisk employees including 10 engineers in one week in January 2020. One recruit was Scott Furman, Archer’s “chief avionics architect,” who had spent years in the same role at Wisk and Kitty Hawk and is an inventor in two of the patents at issue, the suit says.

Wisk began more than a decade ago developing eVTOL aircraft that could shift from rising like a helicopter to flying like a plane using only electric power. The stolen designs “reflect hundreds of thousands – if not millions – of man hours spent developing, simulating and testing aircraft concepts,” which have saved Archer “significant resources” and “critical time” in its quest to gain certification by 2024 for deployment of a finished aircraft early in a competitive market, says the company.