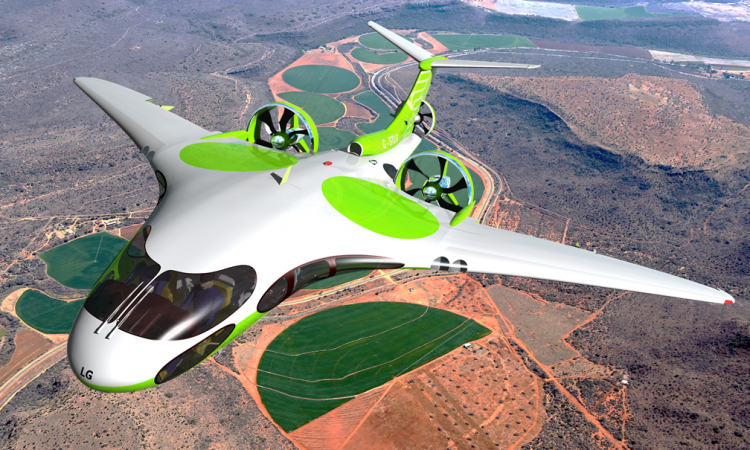 Back in March, the half-scale E-Starling was shown in flight, albeit using conventional takeoff and landing (see video below) with its forward two vertical lift fans blocked off. This week a new video was released showing the front lift fans in operation. With the rear ones tilted to face downward, the aircraft has now demonstrated a stable multicopter-style takeoff, controlled hover and landing.

The prototype is large enough to seat a pilot, as shown in the video below, although it’s unlikely that anyone was inside when it flew; tests are typically undertaken without the additional weight and risk of a pilot.

New Atlaspoints out “The transitions from vertical hover to horizontal flight and back again will be more challenging, but enough companies have demonstrated transitioning flight now that it’s starting to look like less of a mountain to climb.” And continues, “The E-Starling’s coaxial props seem quite loud at the moment, too, but this can doubtless be ironed out as the company progresses toward its full-size test aircraft.”

Meanwhile, the company is also looking to use a similar design in a smaller unmanned cargo drone, capable of remote-controlled or auto-piloted flight.

The Starling Cargo will cruise at 95 mph, at altitudes up to 10,000 feet. It’ll fly up to 135 miles on a charge, and carry decent-sized payloads up to 110 lb. Samad has “started the certification process” for this cargo drone, and is taking pre-orders now with deliveries aimed to begin in 2022. The company says it’s seen interest from a range of oil and gas companies, mining companies, medical logistics operations and emergency responders.