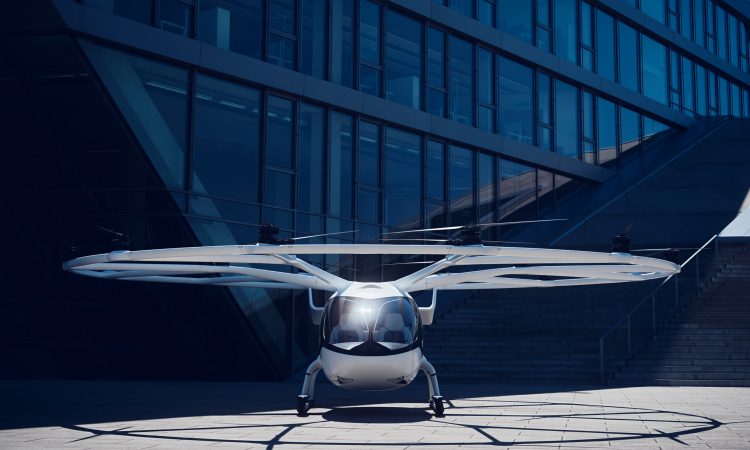 Volocopter announced this week “an agreement in principle” with  Aviation Capital Group LLC (ACG), for up to USD1 billion to develop “financing solutions that will assist with the sale of Volocopter’s family of eVTOL aircraft”, reports a press release.

The release explains, “For Volocopter customers, this agreement offers an option and an opportunity to lease the aircraft through financing schemes, as is customary within the aviation industry.”

It goes on, “The experience and trusted services of ACG as a global aviation aircraft asset management company will provide flexibility and security in customer transactions during the lease.” Deliveries are expected to commence once the aircraft has been certified for commercial use by the respective civil aviation authorities. These include the European Union Aviation Safety Agency (EASA) and the Federal Aviation Administration (FAA).

Florian Reuter, CEO of Volocopter, commented, “This agreement will allow our business to hit the ground running after aircraft certification. It signifies ACG’s and our investor Tokyo Century’s trust in the company’s leadership in the UAM market.” He continued, “We are grateful for this partnership as this financing represents another cornerstone of the essential ecosystem for scaling UAM.”

Tom Baker, CEO and President of ACG, added, “The transaction builds on the existing partnership between Volocopter and ACG’s parent company, Tokyo Century, an early equity investor in Volocopter.” The agreement between ACG and Volocopter will permit the scaling of the commercial business shortly after certification, fulfilling customer demand for aircraft up to USD1 billion. Volocopter’s VoloCity, VoloConnect and VoloDrone eVTOLs are expected to be covered by this agreement. The transaction remains subject “to further negotiation and execution of a definitive agreement and customary closing conditions.”