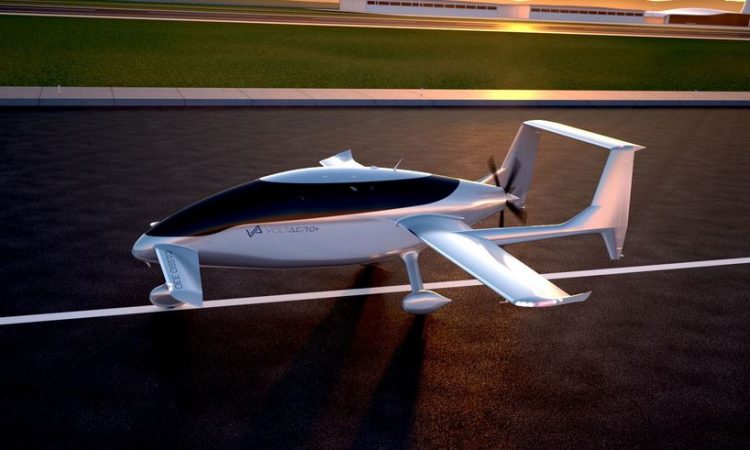 VoltAero has announced completion of the first tranche in its Series B financing, with Italy’s TESI becoming a strategic investor and industrial partner. The new funding round, which includes a €32 million capital raise, will cover certification and production launch of the first member in its electric-hybrid aircraft family, the Cassio 330.

The company reports that “The Series B round marks the third funding phase for VoltAero, positioning it for industrialization of the Cassio 330, which entered the certification process with Europe’s EASA airworthiness authority in October 2021 – the first member of its Cassio aircraft family powered by the company’s proprietary electric-hybrid propulsion system.”

In a press release the company further reports “TESI (Tecnologie E Servizi Innovativi S.r.l.) will produce the airframe for VoltAero’s no. 1 Cassio 330 prototype, which is targeted to make its maiden flight in 2023. Cassio 330 is the five-seat version, with a combined electric-hybrid propulsive power of 330 kilowatts.

“By integrating VoltAero’s proprietary electric-hybrid propulsion system into the company’s purpose-designed airframe, the Cassio aircraft family will deliver an order of magnitude better performance as compared to the current competition, and provide significant lower operational costs.

“TESI will build the Cassio 330 certification prototype airframe at its Cicerale facility in the Campania region of southwestern Italy. The company is specialized in the production and integration of metallic structures and assemblies, as well as mechanical parts – with in-house capabilities from machining and forming to assembly, backed by resources for heat and surface treatment.

“The VoltAero propulsion concept is unique: Cassio aircraft will utilize electric motors in the aft fuselage-mounted propulsion system for all-electric power during taxi, takeoff, primary flight, and landing. The hybrid feature (with an internal combustion engine) comes into play as a range extender, recharging the batteries while in flight. Additionally, this hybrid element serves as a backup in the event of a problem with the electric propulsion, ensuring true fail-safe functionality.

“VoltAero is headquartered at the Aérodrome de Royan-Médis in southwest France, and its Cassio aircraft are to undergo final assembly in a dedicated facility at Rochefort Airport in France’s Nouvelle-Aquitaine region.”