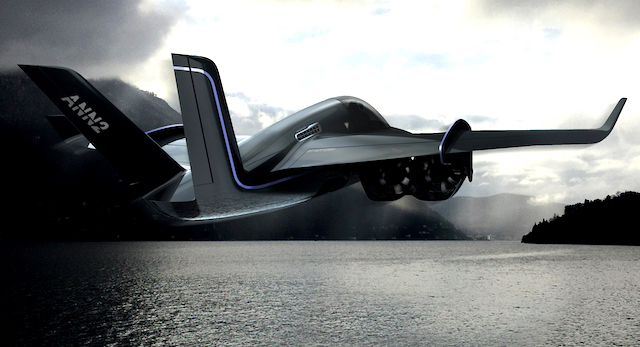 UAMN first highlighted Manta Aircraft last November. This article gained some media traction as the company was flying under the radar, at the time.

Since, other media outlets have highlighted this exciting Swiss eVTOL prospect and last week, the Italian website Malpensa 24, offered excellent coverage looking at Manta’s latest developments and how far up the road the company has progressed during 2021. This feature includes three different videos.

Manta Aircraft, the hybrid flying car “is a reality” and is being designed in Sesto Calende

Manta Aircraft, the first Italian project for the development of hybrid aircraft with electric propulsion, with vertical and short take-off and landing, was presented this morning on June 5th at Volandia. As in a science fiction film, it is in fact a flying car that aims to revolutionise the way people travel.

The start-up – which aims to present the first prototype by the end of next year – has found a home in the province with wings and specifically in Sesto Calende. The Giuseppe Orsi initiative is baptized: the CEO who relieved Agusta Westland is back on track with a futuristic project that – he assures – represents the future of aviation. “A new generation of flying vehicles is on the way: with Mantra we are entering a new market full of value and opportunities”.

The plush-looking interior of ANN 2

Manta Aircraft finds a home in the province of Varese because here, Orsi underlined during his speech, thanks to Leonardo’s tiltrotor project, there are the best professionals in the world for vertical flight. 111 years after the first flight of the Ca1 Caproni this, assures Orsi, is “the new aeronautical adventure of a fertile territory of skills that has roots firmly planted on the ground but foliage scattered all over the world”.

The first aircraft under development is called ANN2. This morning in Volandia there was a mockup in 1:3 scale. It is a two-seater, a long range hybrid personal air vehicle, with hybrid propulsion (gas turbine plus eight electric motors, four in the fuselage and four under the wings that rotate almost 100 degrees during take-off and landing). It can reach 300 kilometers per hour of speed and with two hours of recharging cover a distance of just over 300 kilometers. The future of flight ANN 2 is a project dedicated to the transport of people and goods as an alternative to helicopters and general aviation. With a significant simplification of the man/machine interface, the aim is to offer it to a much larger number of people who now fly a flying vehicle.

It will in fact be a flying car to reach your home by the sea, for emergency and danger operations, for patrolling the territory, for the rapid transport of medical supplies. “It is a sector that is developing and will become large”, assures Lucas Marchesini, CEO of Manta Aircraft. “The forecasts speak of USD15 billion and 30 thousand vehicles produced by 2030. Car manufacturers are entering this market. It is a paradigm shift because they bring the logic of large-scale production to the world of aviation”.

If hybrid flying cars are the future of aviation, the province with wings does not want to stay out of it. For this reason there were many guests present in Volandia for the presentation of the project. Among them also the MEP Isabella Tovaglieri, the regional councilor Marco Colombo and the honorable Daniele Marantelli who guaranteed their support. Their contributions in the video.