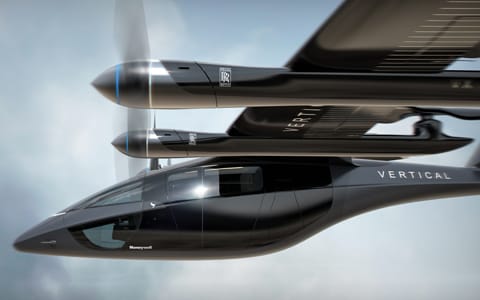 Is it just a coincidence that eVTOL rivals, Archer and Vertical Aerospace, just happened to release videos on the same day (March 3rd), where major air industry partners (Archer: United Airlines/Vertical: American Airlines) enthuse about the collaboration with their respective companies?

There is no question this perceived early rivalry will increase after news broke last Friday that the UK and US aviation authorities “are engaged in a range of bilateral and multilateral discussions focused on facilitating certification and validating new eVTOL aircraft, production, continued airworthiness, operations, and personnel licensing.”

This is another important piece of the flying taxi jigsaw, helping eVTOL companies from both sides of the pond to gain easier business access to these two English-speaking countries. With this in mind, already a shape is forming.

Joby, Archer and Vertical Aerospace “could become” major players in the U.S and UK, leaving its European counterparts like Volocopter and Lilium at a disadvantage, while throwing EHang into an even more uncertain position.

Yet, the world is a big place where Asia remains, perhaps, the most lucrative market to capture. Allow Joby, Vertical etc. take “the special relationship” spoils, while others like Volocopter, Eve and EHang can continue to forge deals in the Asian/Pacific territories.

Yet, where does CityAirbus NextGen fit in to this shape? Perhaps, being so big, the company may flirt with all the world’s countries and become a thorn in the side of the “new kid on the block” eVTOL firms? Come 2030, for example, how will this global landscape look? Who will begin plundering the growing and annual USD1.5 trillion booty predicted by Stanley Morgan for 2050? Meanwhile, isn’t it time for eVTOL infrastructure companies to gain an influence on the Stock Market? For example, the UK is leading the vertiport way with Skyports and Urban Air-Port. These companies are even more important for the anticipated flying taxi megalith industry. Both thrive in a symbiotic relationship as both need each other for survival. No inpouring of constructed vertiports – no industry. Simples.