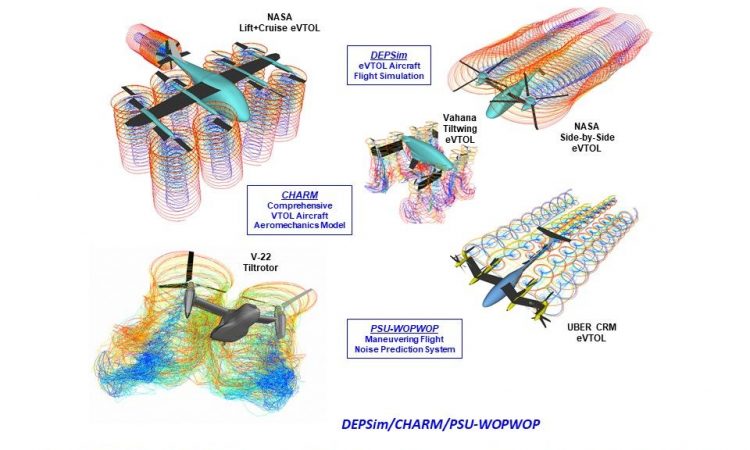 CDI, a US company described as providing research and development services to government and industry for over 40 years says in a post it “has mastered methods for implementing high-fidelity CHARM wake modelling in real-time piloted rotorcraft flight simulations for NASA, the U.S. Army and Navy.

“In this new project, CDI will leverage this expertise to bring the same capability to eVTOL aircraft flight simulation – where interactional aerodynamics is of paramount importance given the complex interaction between rotors/propellers/wings/tails/airframe.

“CDI is teaming with the Pennsylvania State University (PSU) to incorporate their DEPSim flight simulation and PSU-WOPWOP acoustic prediction capabilities as options, and a modular software solution is also being developed for those who already have their own eVTOL aircraft simulation but desire CHARM’s high fidelity aeromechanics.”

CDI says it is working with several stakeholders on this project who will be beta-testing the new advanced eVTOL flight simulation software as it is being developed and companies interested in becoming beta-testers, particularly those who already license CDI’s CHARM software, should contact Dan Wachspress at CDI (dan@continuum-dynamics.com).