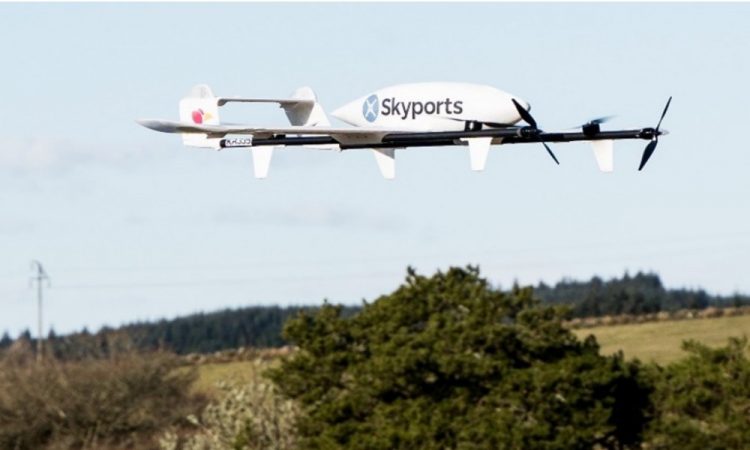 It goes on, “The joint venture will be led by Skyports’ Bogota-based Colombia General Manager, Daniel Salamanca, who brings years of drone delivery experience and expertise to the project. Salamanca was also the first to receive approval for beyond visual line of sight (BVLOS) flights in Colombia on the Pacific Coast, where he worked with the national government and the presidencyto transport blood samples from rural areas into central hospitals.”

Adding, “These drone delivery trials benefited more than 1,200 people and waiting times for laboratory results was reduced by more than 75 percent.” These Skyports medical drone delivery trials will be the first of their kind for Colombia, with flights expected to commence around mid-2022. Operations are to be launched across remote areas of Colombia including La Guajira and Chocó, with a focus on carrying critical health supplies such as vaccines, pathology samples and HIV tests.

The drones to be deployed on this project will be provided by Australian drone company, Swoop Aero, and can carry up to 5kg, as far as 180km in harsh environments such as high altitudes, wind and rain.

Duncan Walker, CEO and Founder of Skyports, enthused, “Colombia is an incredibly exciting market for Skyports and one that is fundamentally important to us. Our drone delivery operations are not just about commercial gains, but also about connecting rural communities with the necessities of life, such as healthcare and logistics. It’s our aim that people receive the same level of healthcare, everywhere in the world, regardless of where they live.”

Declan Ryan, Managing and Founding Partner of Irelandia Aviation, added, “We’re excited about collaborating with Skyports on this joint venture and bringing our heritage in cutting-edge aviation, expertise of working closely with regulators, and market intellect to this partnership. This is just the start of our expansion into wider LATAM and we look forward to announcing more countries soon.” This joint venture will build on from Skyports’ successful proof of concept trials that took place earlier this year, where the company partnered with the UK’s world-leading National Health Service in rural Scotland, transporting COVID-19 test samples, vital PPE and other medical materials by drone between medical facilities in isolated and difficult to reach areas.

These successful trials reduced end-to-end delivery time by almost 95 percent – from what would have taken on average 20 hours through conventional delivery methods to just one hour via drone delivery.

Irelandia, the world’s premier low-cost airline developer, brings its aviation expertise to the partnership, through its previous ownership of leading airlines Ryanair, Tiger Air, Allegiant and Viva Aerobus. Irelandia’s current airline is Viva Air, based in Colombia and Peru.