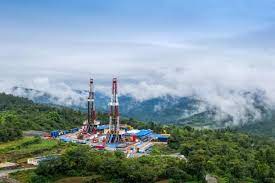 OneSky announced this week the completion of Phase 1 of its Urban Air Mobility (UAM) Quantum Computing Trial Program to demonstrate how quantum computing can develop “an optimised real-time, three-dimensional air traffic control system” for when airspace is inevitably buzzing with thousands of autonomous vehicles, reports a press release.

The research project is a partnership between OneSky, a global UTM company and the Sumitomo Corporation Quantum Transformation Project, which aims to “revolutionise society with the power of quantum computers” alongside Tohoku University that has extensive research experience in “quantum annealing.”

Quantum annealing, the methodology used in this pilot program, is “a quantum computing method used specifically to find the optimal solution of problems involving a large number of solutions.”

To incorporate thousands of UAM vehicles safely and efficiently into the present airspace, it is critical to have safe separation between these vehicles, as well as traditional manned aviation. This can be done through “strategic deconfliction and dynamic scheduling of UAM flight requests during flight planning.”

The release continues, “However, while in flight, it is possible that unforeseen contingencies (such as a weather events, emergencies, or infrastructure outages) will require a UAM vehicle to dynamically change its route to avoid the contingency. In high density operations, this change in route will cause cascading conflicts for other active operations. Therefore, advanced solutions must be created to solve this tactical deconfliction problem in real-time.” “Based on the initial findings of the program,” explains the release,  “The team was able to drastically optimise the utilisation of resources and airspace, increasing the density of aircraft flying simultaneously by roughly 70 percent. The team also demonstrated that quantum computing is about 10 times faster than conventional computers in certain problems. In the future, quantum computers will be able to identify hundreds of thousands of optimized flight routes as their performance improves.”

OneSky has a long history of developing solutions to maximise the capacity and efficiency of UAM traffic, including being selected for NASA’s Advanced Air Mobility National Campaign.