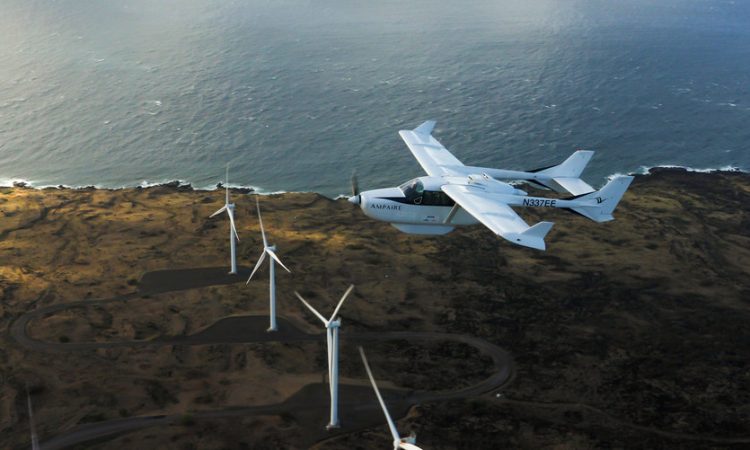 Surf Air Mobility, a platform for regional air travel, announced this week it has entered into an agreement to acquire hybrid electric aviation technology pioneer Ampaire, reports a company press release. Ampaire’s technology is an important part of Surf’s plans to improve the affordability, accessibility and environmental footprint of regional travel.

Ampaire creates hybrid electric powertrains for existing popular aircraft, aimed at upgrading a first generation fleet of vehicles focused on 9 to 19-seat piston and turboprop aircraft. There are tens of thousands of aircraft eligible for this type of upgrade worldwide.

He continued, “We see the near-term opportunity to transform existing turboprop aircraft across the entire industry as the first step to ultimately extend to fully electric aviation across all trip lengths.” Surf intends to make hybrid electric upgrades available to fleet owners on and off its consumer platform, as well as license its technology to original equipment manufacturers (OEMs) for new aircraft. The Union Bank of Switzerland estimates the global market opportunity for hybrid electric aircraft is estimated to grow to USD178 billion by 2040.

Surf Air Mobility and Ampaire intend to drive further advances toward fully electric aircraft, with the goal of significantly reducing direct carbon emissions. Transitioning to electric aircraft could also reduce fuel costs by up to 90 percent according to the World Economic Forum, as well as lower maintenance expense and noise.

Ampaire CEO Kevin Noertker, said, “It is our intention to be one of the first to make this technology available at scale on both existing and new commercial route.” Adding, “Working with Surf Air Mobility will allow us to follow the successful path of hybrid electric automobiles and take that model to the sky more quickly.”

Ampaire has successfully completed a month-long trial of the first electric-powered flight on a commercial route with its Electric EEL, a hybrid electric Cessna 337 aircraft. This is the first aircraft of its type to receive FAA experimental market survey approval, allowing the company to carry passengers other than flight crew. The craft can fly for up to 340 miles and remain in the sky for three hours. Meanwhile, Ampaire is part of an on-going multi-million dollar NASA initiative to electrify megawatt class planes. Surf Air Mobility will take over and continue this work.

Fred Reid, Surf Air Mobility’s President, commented, “By focusing on shorter, regional routes in the near term, hybrid electric aircraft will completely transform the way we think about how we travel. With half of all U.S. flights 500 miles or less, hybrid electric technology will have an immediate and broad-reaching impact.”