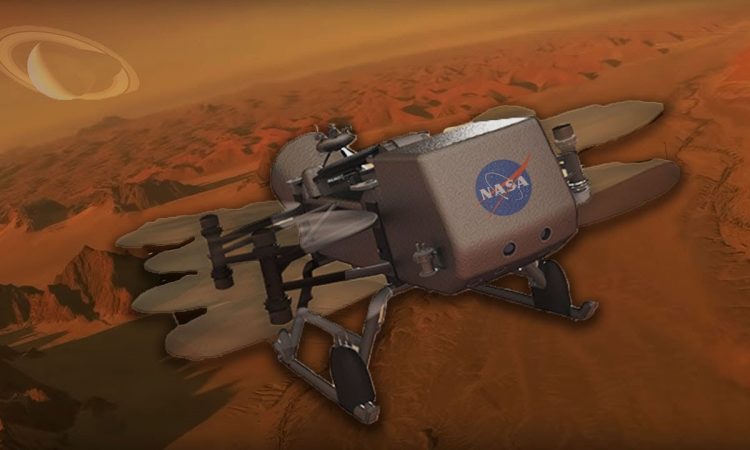 As a sister article for the previous ARKX space exploration piece, NASA is planning to send an USD3m “Drone with Claws” to Mars, reports forbes.com.

In February, NASA’s Mars 2020 Perseverance rover is landing in Jezero crater, an ancient river bed on the red planet. Strapped to its belly is a small drone called Ingenuity that’s destined to take several short, but powered flights. It will become the first vehicle to fly on another planet. However, Ingenuity is a trial demonstrator and only scheduled to take a few short, solar-powered test sorties over the period of a month. First, welcome the Rover–Aerial Vehicle Exploration Networks (RAVEN) project, a next-generation Mars exploration concept that has just been awarded a USD3.1 million NASA grant. Ingenuity is a three-rotored autonomous drone weighing 4 lbs that will very soon become the first-ever craft to achieve powered flight on another planet in the Solar System.

Its four carbon-fibre blades, arranged into two rotors, will spin in opposite directions at around 2,400 rpm, many times faster than required on Earth, as the atmosphere on Mars is 99 percent less dense. NASA’s plan is to leave it on the ground for the first 90 days of the mission then, attempt a flight.

Working alongside the Perseverance Rover after a few short tests, Ingenuity will be deployed as a scout to see what’s ahead. The drone also has a colour camera to take photos of the landscape and the Rover.

RAVEN is a next-generation Mars exploration concept that aims to build on NASA’s upcoming 2020 mission and achieve a “Rover + Drone” default way to explore a planet’s surface. RAVEN’s technology includes a grabbing device like a claw attached to a drone that can pick up rocks or scoop up sand and return cached samples to the Rover. Christopher Hamilton, an Associate Professor from the University of Arizona’s Lunar and Planetary Laboratory, said, “The whole concept is geared towards building new technology and procedures for two robots to work together on an extra terrestrial body.” Adding, “We are going to look at how a rover and a drone can work together to maximise the scientific output of such a mission.”

However, one issue with Mars is how to navigate relatively young volcanic terrains because the surfaces are too rough for a rover to traverse. The drone will scout the best path forward and collect samples from inaccessible rover sites.

Hamilton continued, “Volcanic terrains offer exciting targets for exploration because of their potential to generate habitable hydrothermal systems, which could support or preserve microbial life. A drone will make such locations accessible for the first time.”

Meanwhile, a quadcopter/drone nicknamed Dragonfly will launch in 2025 and reach Saturn’s largest moon Titan, a billion miles from Earth, in 2034. Once there, its two-year mission is to explore Titan’s prebiotic chemistry. The Dragonfly will fly away from its Mothership every 16 days. Buoyancy is no problem since Titan has a dense atmosphere, though checking the safety of each landing site will involve extensive scouting flights, first.