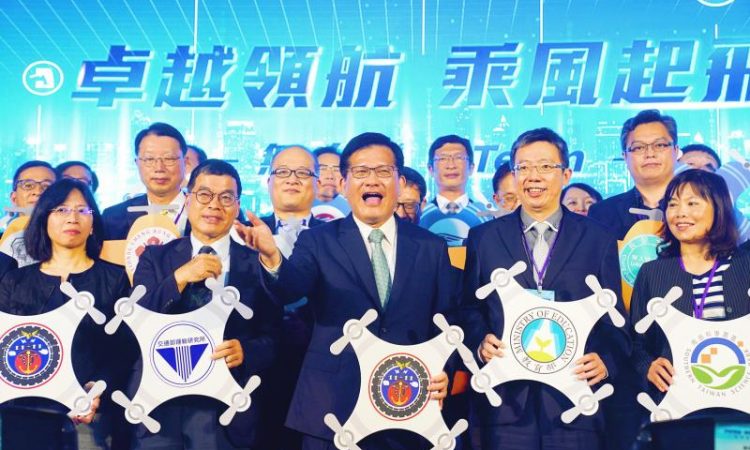 Lin Chia-lung, Minister of Transportation and Communications, told a new conference in Taipei, yesterday, that drone usage has much room to expand, especially when using 5G. He said, “A blue ocean of potential UAV applications exist in the public and private sectors.” Adding, “The government has allocated NTD4.2 billion (USD145.76 million) from a smart transportation system project to fund projects.” Chia-Lung explained that teams can compete in the national drone contest under either the university student or business categories.

While student participants are tasked with developing ways of using drones to deliver everyday supplies to the nation’s remote townships and outlying islands, the business category is charged with solutions that fall under non-transportation applications.

The teams must register and submit their proposals by January 22nd, 2021, when the Ministry will announce which ones qualify for the final round. Those whom make it through will then be given around three months alongside guidance from professional drone developers to construct their proposals. The final contest occurs between April 19thand 23rd. The winner will be selected one week later, with an awards ceremony in early May. Chia-Lung commented, “Our job is to set up a platform for UAV developers to experiment with new and different ways to use drones across all fields.”

After the Legislative Yuan passed the Unmanned Vehicles Technology Innovative Experimentation Act in November 2018, the Ministry’s science and technology board listed drone development as one of its key tasks.

Today, the board has established a national team, known as the “U Team,” to facilitate the development and application of UAV technology, where team members include government officials and experts from industry and academia.

(Front photo: Minister of Transportation and Communications Lin Chia-lung, centre, and guests hold drones at the news conference in Taipei)