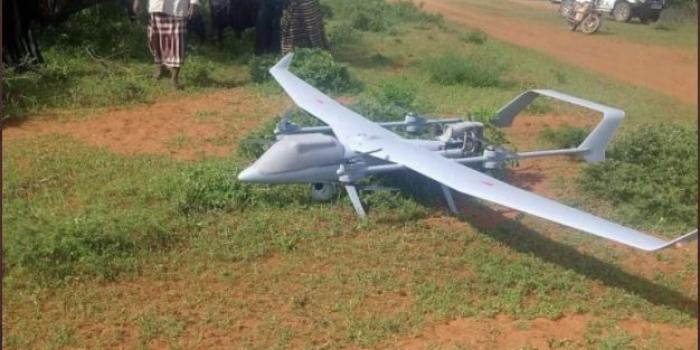 Last weekend, Kenyan residents of Wajir County were alarmed when a mysterious object fell from the sky and crashed to the ground in Eldas close to an airstrip.

As the locals later thronged around the unclaimed unknown, rumours spread it was a weapon. Certainly, many of those present had never seen such a thing. A call to the County government to ascertain its ownership bore no fruit.

The grey-coloured object, shaped like a small airplane, had a set of propellers and a rotating knob that according to witnesses resembled a camera. Rumours then spread that it was a surveillance craft adding weight to the local Governor’s Kivutha Kibwana allegations a week before, of a well-orchestrated espionage activity around his home. The Governor stated he’d seen drones hovering around his official residence, and had reported the matter to the local police.

Kibwana commented, “Electronic gadgets in my house are compromised and I am being surveilled. I have repeatedly made this public and reported these activities to authorities. I will not be intimidated.” Elgeyo Marakwet Senator, Kipchumba Murkomen, raised similar concerns when addressing those involved, “Please share the beautiful aerial photos and then come to my home for a cup of tea, but make sure you carry your mask. Thank you and God bless.”

The two politicians claim they are being targeted for opposing proposals in the country’s  Building Bridges Report, an initiative to bring more peace and unity to Kenya.

This latest drone incident in Eldas occurred just days after area MP, Adan Keynan, opened the local airstrip. He said, “This will greatly improve the social economic aspect of the area. It will create jobs and open more opportunities from other regions in the Country.”