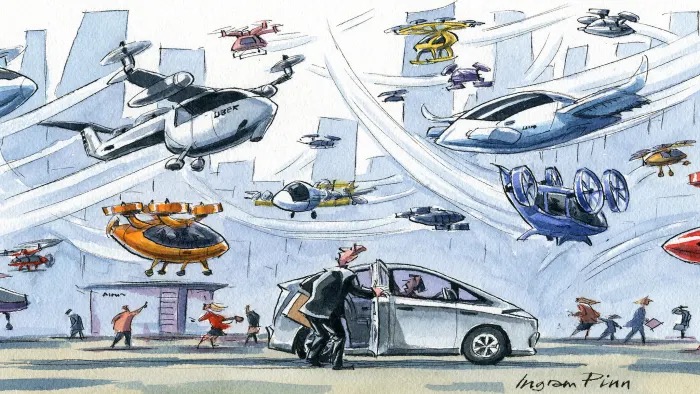 Twitter once again offers strong and controversial views surrounding the eVTOL industry. UAMN published this week an article which recently appeared in the UKs Daily Express under a heading “eVTOLs to fly you across London in 12 minutes, fare as cheap as Uber”.

eVTOLs to fly you across London in 12 minutes, fare “as cheap as Uber”

The article touched a raw nerve with Michael Liebreich, a founder and senior contributor to Bloomberg New Energy Finance amongst other things. He boasts 43.5k Twitter followers. He tweeted, “This eVTOL bollox is starting to piss me off. The chances of these guys getting their toy certified and regulations changed to allow them to fly people over London and land at Charing Cross in 2024 are absolutely nil. Anyone who invests in this deserves exactly what they get.” Liebreich’s comments immediately attracted a slew of responses from Twittersphere both positive and negative. Some positive posts refuted his claims and suggested eVTOLs could take the place of air-ambulance helicopters. Rhys Davies says, “Possible niche for emergency medical services in urban environments though?”

This is answered by Energy Numbers, “Yes, in research done as part of the NHS Net Zero project, we found that they offered a very strong likelihood of being a big improvement on the current air ambulance helicopters by 2035; probably earlier; possibly a lot earlier.”

A fair number of the negative responses are misinformation. F stiebeling tweets, “The noise. The danger of those falling down or crashing into building at close quarters. This will never work/being allowed in densely populated areas for the simplest of reasons.”

Touni quickly points out, “Sorry, but what enables you to make such a statement? I could fly over London in a helicopter with an internal combustion engine right now. Electric motors are much safer than even turbines.” The “loud noise factor” is refuted by eVTOL manufacturers like Archer, for example, who consistently point out its Maker Aircraft is 1,000 Xs quieter than helicopters as well as far safer.

This misinformation is then accentuated by Kasper. “Can you imagine the sound of a thousand of these.”

The ridicule then builds when KvdB tweets, “Now imagine 20 people coming in for a meeting, all with their own ‘transport’… I suppose they would stack them on top of each other.”

The derision then becomes a script from The Goon Show. Jane P. Doe tweets, “I’ve been to London, remarkable city, I’d hate to imagine a second blitz, this time rich idiots in their toys instead of Nazi bombs.” A Spike Milligan line, perhaps, voicing Eccles?

What becomes apparent is that as eVTOLs or flying taxis become cemented in the public’s psyche, so the ridicule may increase due to a combination of the industry being new and different alongside misinformation. Perhaps, “the fact-checkers” should make an entrance? Catalyst Aerospace Technologies sums up Liebreich’s original tweet by pointing out, “This is an attempt of predicting the future with insights from the past.”

To conclude, the hype and froth surrounding the eVTOL market is there for all to see, so it is important to gain both sides of the argument. The idea, for example, that 1,000s of drones and flying taxis will be soaring over the urban skies of the world within 4 years, as some suggest, is utter tosh. Yet, given the many $$billions already invested in the industry, it is highly unlikely the market will end up a damp squib as far too many vested and powerful interests are involved.

Meanwhile, the success or failure in 2024 when various eVTOL companies are displaying their craft at the Paris Olympic Games and flying the public around the city will have far more impact on the future of the industry than Twitter tirades and derision. Most importantly, educating the public is vital to lessen the common misinformation of “loud noise” and “falling out of the sky.”