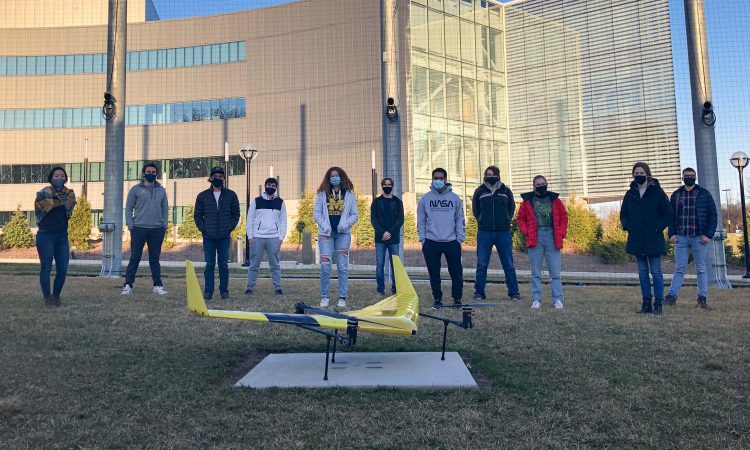 The release explains, “The competition is designed to develop hands-on skills and familiarisation with eVTOL and advanced air mobility (AAM) technology at the university student level, helping to prepare the next generation of engineers and leaders to push the limits of this exciting technology into the future.”

Due to the present pandemic the fly-off portion of the competition was cancelled, but each team submitted a final technical report and made a virtual presentation of their design and findings to a panel of judges on April 15th/16th.

Seven academic teams submitted entries. The proposal challenged the groups to construct a general aircraft, with requirements restricted to the unmanned aircraft system (UAS) Group 1, which limited the maximum take-off weight (MTOW) to no more than 20 lb (9.1 kg).

The winning teams are as follows: A total of USD5,500 was awarded by VFS during the competition. In addition to the USD3,500 prizes, a further USD2,000 had been awarded previously. In December 2020, each of the seven teams submitted preliminary design report. The results of the judging at that time were as follows:

Mike Hirschberg, VFS Executive Director, said, “All of the student teams did really impressive work. Not only did they come up with exciting aircraft designs that had to meet the demanding competition requirements, they also had to deal with all the restrictions and uncertainty caused by Covid-19. They now are better prepared for designing real-life rotorcraft and eVTOL aircraft.”

The Vertical Flight Society is encouraging universities from around the world to form teams and take part in this exciting and challenging competition next year. Preparations are already underway, with the flight-testing portion of the tournament planned for the ARL R2C2 site next spring. Details will be announced this summer.

VFS had intended to hold the competition during the same time period at the US Army’s Combat Capabilities Development Command (DEVCOM) Army Research Laboratory (ARL) Robotics Research Collaboration Campus (R2C2) near Aberdeen, Maryland. ARL signed a five-year Educational Partnership Agreement with VFS earlier this year in order to host the event and collaborate on vertical flight education outreach initiatives. During the past year, ARL has conducted significant work in preparing for the flight competition, including extensive planning for flight testing in April under COVID-19 restrictions. The Society is grateful for the US Army’s support of this important educational initiative.

The Vertical Flight Society is the world’s premier vertical flight technical society and is a global resource for information on the subject. Since it was founded as the American Helicopter Society in 1943, the Society has been an important force in the advancement of vertical flight.

For over 75 years, it has been a leading light for scientific, technical, educational and legislative initiatives that “advance the state of the art of vertical flight.”