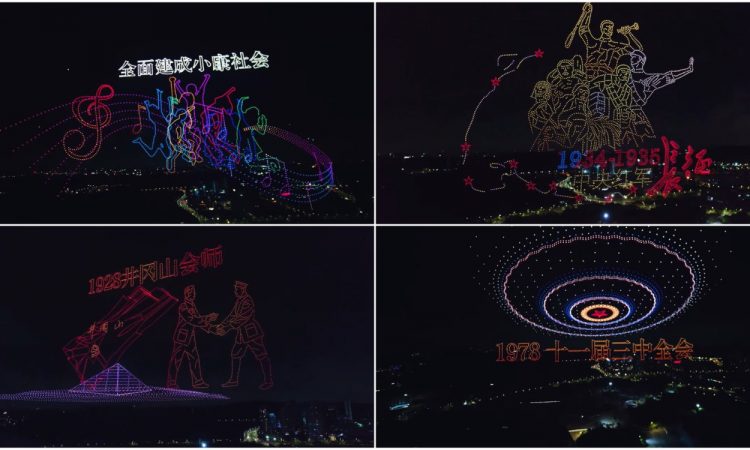 A new world record was recently set when 5,200 drones were flown to celebrate the Chinese Communist Party (CCP) founding. This visual bonanza lit up the night sky in Longgang, Shenzhen and set a new Guinness Book of Records for the number of craft flown.

While the CCP has continuously ruled the country since 1949, the Party was founded in 1921. Today, it has around 92 million members or around 6.6 percent of the Chinese population. It is accredited with transforming China from a poor country to one of the largest and wealthiest economies in the world.

This new world record beat the previous one set in April 2021, when car company Genesis deployed 3,281 drones at a launch event. The CCP display portrayed various important moments during its 100 years, from the Party’s founding in July 1921, the formation of the Party’s military branch in 1928, later renamed the People’s Liberation Army after WW2, to the Chinese economic reforms to transform the country in 1978 and the rise of Deng Xiaoping to power two years later after Mao’s death.

While, China is now a world financial leader, Communism has never been a happy bedfellow with Capitalism. As one person tweeted, “100 years, 80 million murdered and counting…”