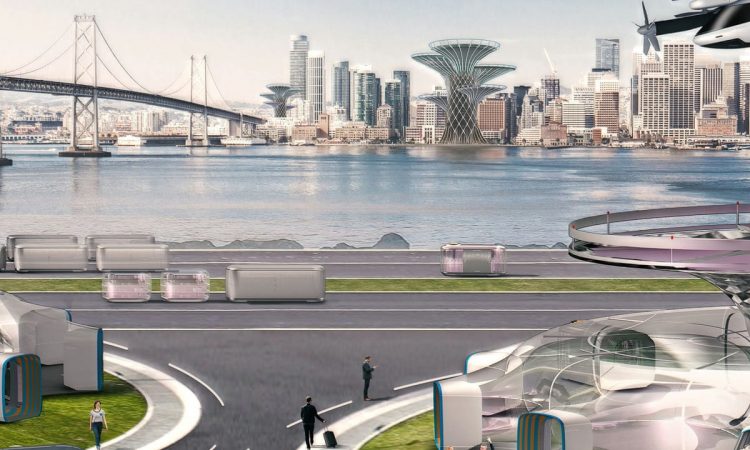 It has happened again. This week there’s been a flourish of activity amidst the UK Mainstream Media (MSM) writing about “Flying Cars” and their future, after Hyundai’s President and CEO of European Operations, Michael Cole, made comments about the impending eVTOL revolution at a conference of the industry group Society of Motor Manufacturers and Traders.

Both The Guardian and Independent, for example, led the story with headlines brandishing the term “Flying Cars”. For goodness sake, today’s Klein-Vision story about its epic 35 minute flight/journey between two international airports – now that is a “Flying Car”, for the craft takes-off, flies, lands and most importantly, then drives on a highway, just like a car. You won’t see Vertical Aerospace, Joby, Volocopter or Lilium, for example, driving their eVTOLs down a motorway after landing at a vertiport! The next point of interest arising from Cole’s interview is time. At what period of time will the public be flying above urban areas in an eVTOL?

At present, the industry is focused on the Paris Olympics 2024, when it is alleged the “Great Unveil” of the fourth industrial revolution begins. Added to this weight of expectation are the eVTOL companies themselves who throw expectant years of flight service around like confetti as one attempts to out do the other.

Michael Cole appears to be a sober judge in this discussion, as the MSM cite he does not see eVTOLs in service until, perhaps, as late as 2030 which is six years further on than some companies are saying.

For while the MSM quote Cole as stating Hyundai has made “very significant investments” in the nascent UAM market, adding that “We believe it really is part of the future”, he goes on to say, “There’s some time before we can really get this off the ground.” He continues, “We think that by the latter part of this decade certainly, urban air mobility will offer great opportunity to free up congestion in cities, to help with emissions, whether that’s intra-city mobility in the air or whether it’s even between cities.” Concluding, “It’s part of our future solution of offering innovative, smart mobility solutions.” It is interesting how the MSM adjudge the comment “latter part of this decade” as 2030, but hey-ho.

What can be adjudged is that what the eVTOL companies are telling us may be too optimistic. Yes, 2024 could be the start of trials over cities eg. Paris, but actual flight services around world cities may not begin until later. A betting man might suggest between 2026 and 2028.