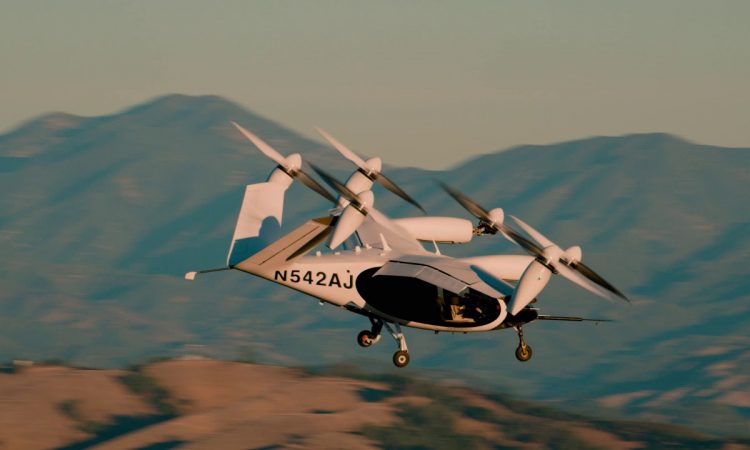 On Wednesday, February 16th news trickled through that Joby’s S4 prototype aircraft, Number N542AJ, had crashed during a trial flight. Reddit was one of the first web outlets to announce the news. Some social media bloodhound had sniffed it out from the U.S Securities and Exchange Commission Files:

“On February 16, 2022, Joby Aviation, Inc. a Delaware corporation (the “Company”) announced that earlier today one of its remotely piloted, experimental prototype aircraft was involved in an accident during flight testing at our remote flight test base in California. There were no injuries. Safety is a core value for Joby, which is why we have been expanding our flight envelope with a remote pilot and in an uninhabited area, especially as we operate outside expected operating conditions. Experimental flight test programs are intentionally designed to determine the limits of aircraft performance, and accidents are unfortunately a possibility. We will be supporting the relevant authorities in investigating the accident thoroughly.”

Twitter was the next to sound the alarm bells followed by Facebook. Some shareholders panicked and, not surprisingly, the share price over the next two days fell by USD1 or close to 10 percent.

UAMN sent an email to Joby asking for more details of the crash. The company responded that no further details would be forthcoming, at present, as there are strict rules per the SEC, NTSB etc. governing what the company could say in situations like this.

“The flight test involving the accident was not for FAA credit. The company has a second aircraft with which it will likely continue test flights. In our view, the accident with the Joby aircraft does not close the door on FAA certification. However, the cause of the accident must be understood.” Adding, “Aerospace is a difficult technical industry.”

Liwag then pointed out that General Dynamics Corp’s Gulfstream unit suffered an accident in 2011 during test flights of its G650 jet. That plane went on to be one of private aviation’s most successful aircraft. So, not being an FAA credit flight, presumably, the trial was part of the military AFWERX Agility Prime Program.

This knowledge then led to all sorts of online speculation. One poster reckoned the crash had happened at Fort Hunter Liggett Air Base during “extreme stress tests” where the S4 was flown in excess of 270 mph, citing the flight tracking platform ADSB Exchange. Even a map looking more like an etch-a-sketch was posted showing the alleged flight route of the craft before the crash.

Two days later and in the cold or windy (if living in the UK) light of day, the conclusion to all this activity seemed to be that the accident took place during the “rough and tumble” of testing cutting-edge technologies and that “accidents will happen”. So long as lessons can be learned and mistakes rectified, many might see this crash as more a positive than a negative.

While the idea the S4 was pushed to its maximum speed limits feels plausible (what happened – did the craft simply disintegrate?) we may never know the actual cause, especially if these extreme trials, as speculated, were being carried out by the military.

The NTSB Newsroom has reported a preliminary report of the Joby S4 crash  will be published in about two weeks. The full investigation could take 12 to 18 months. NTSB says there was “substantial damage” to the aircraft.