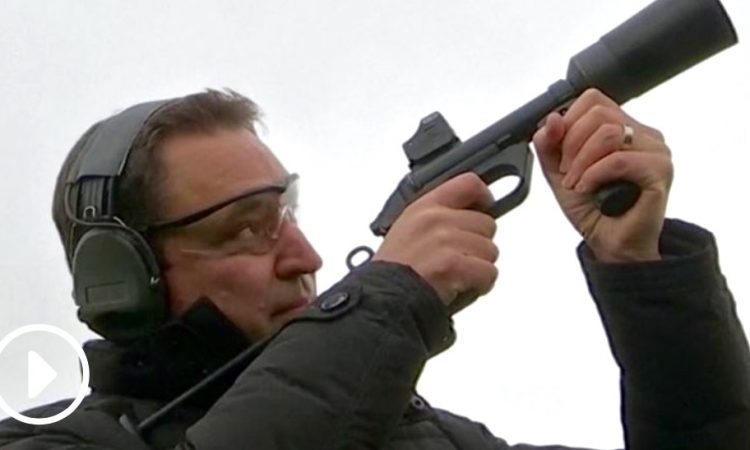 Last year in Bavaria, situated in the south east region of Germany, 15 “special rifles” were handed out to correctional officers to bring down drones if seen flying close to prisons, reports thegermaneye.com. What makes these guns special is that they shoot out nets that capture, then bring down the rogue craft.

Around the world prison authorities are spending more and more money and time to counter the threat of unmanned craft. UAMN has highlighted a number of incidents over the last year from America and Australia to England and Scotland. This latest airborne technology is deployed to discreetly smuggle knives, drugs, mobile phones, cigarettes and more over the jail walls for prisoners to collect. Previous UAMN articles on the subject:

Yet, Germany claims that, apart from Bavaria, the rest of the country is immune from such incidents. Only last week ago at Plötzensee Prison, a net filled with 90 grams of cannabis, cell phones, sim cards and cigarette paper was found in the recreation yard, but someone, claim the authorities, had simply thrown it over the outside wall and, fortunately, a staff member found it first.

Germany says, drones have not been used for smuggling in four years. Back in 2016, Sebastian Brux, spokesman for the country’s justice administration, explained, “They are extremely rare…”. Yet, a year later three were reported. One at the Tegel correctional facility, where a guard heard the sounds of a drone but did not see one. The second when a drone landed on the sports field of the Berlin Juvenile Detention Centre, but surprisingly without any contraband. And thirdly, people were spotted handling a drone outside the Heidering correctional facility. Police seized it, but also nothing was found. By 2018, Brux adamantly stated, “No drone has been detected over a correctional facility.” Adding, “We are not aware of any introductions of prohibited objects or substances by means of drone transport.”

Yet, contrast that with many kilograms of cannabis and 258 cell phones found in the Plötzensee correctional facility in 2020 alone, presumably smuggled without high-tech. Which poses the question. Why does Germany (apart from Bavaria) have so few drone incidents compared to other world countries? And why do German smugglers stick to the old pre-high tech ways?

Back to Bavaria and those “special rifles”. Brux retorted, “There are doubts as to whether these launchers are of any practical use. Secondly, there are no cases for them in Germany, and thirdly, we rely on smart solutions in technology.” Instead, the German Justice Department wants to implement geo-fencing. Brux continued, “This encloses aerial areas with virtual fences and physically prevents the drone from entering the restricted space by programming the software.”

Frequency-based signal jamming defences are also being tested. The results will be presented at the conference of justice ministers in the Autumn. Perhaps, by then, another drone may have strayed across the skies of a German correctional facility. Probably not, if the authorities have its way.