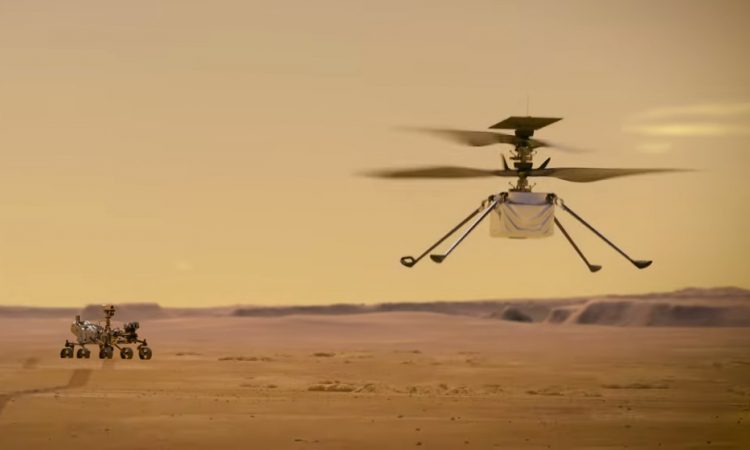 Unless you have been visiting the Moon, space news this week on Earth is all about the successful landing of NASA’s Perseverance rover after making it through “the seven minutes of terror” descent and landing in a wide crater named Jezero, reports sandiegouniontribune.com.

The USD2.4 billion Perseverance landed on Mars at 12:55 p.m Pacific time, yesterday, and began transmitting landing photos to Earth less than 15 minutes later via one of its five cameras on-board. “The Seven Minutes of Terror” Descent

Perseverance is carrying a 4 lb drone called Ingenuity. NASA is scheduled to test the craft within the next month. The drone will be the first type of its kind ever flown on another planet.

Ingenuity is expected to fly up to five times during its 30-day trial. Each flight is planned to be at altitudes ranging from 9.8–16.4 ft above the planet and around 90 seconds per flight. The drone may fly as far as 160 ft downrange and then back to the starting area. It uses autonomous control during its short flights, although the path will be telerobotically planned and scripted by controllers at NASA’s Jet Propulsion Laboratory.  The drone communicates with the Perseverance rover directly after each landing. If its work is successful then NASA will develop and expand Ingenuity’s usage for future Mars aerial missions.