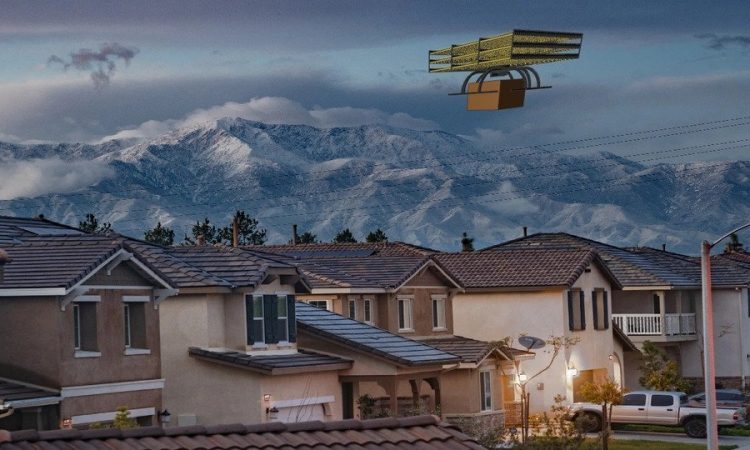 U.S. Florida-based, Undefined Technologies (UT), claims it has increased the thrust levels of ion propulsion systems to “unprecedented levels” with its “Air Tantrum” technology, enabling near-silent drones with no moving parts, that look a bit like flying pallets, reports newatlas.com.

While present drones mostly use a fan or propeller spinning angled blades to push air through and create thrust in the opposite direction, hence the noise, ionic propulsion, on the other hand, is entirely electromagnetic and noiseless.

The process uses a high-voltage electric field to “ionise the nitrogen and oxygen molecules in the air, liberating electrons to create, primarily, a lot of positively-charged nitrogen molecules.” These are drawn toward a “negatively-charged electrode, usually in the form of a flat screen grid, and as they accelerate, they bang into other air molecules and bump them in the same direction to create an ionic wind.”

UT’s ion-propelled drone won’t be the first to use this technology, as NASA’s been employing a similar, but revamped technology in space since the 1960s. Advances in energy storage has encouraged scientists to relook at ion-propulsion aircraft. Two years ago a team at MIT was able to achieve sustained flight by a boxy-looking solid-state aircraft with a 5 metre wingspan. UC Berkeley then followed with an ion-propelled drone the size of a penny, coined “the smallest flying robot ever made.” Now, Undefined Technologies, a start-up based in Doral, about 15 miles outside of Miami, says it has achieved ionic propulsion for an object considerably bigger: a large, square drone standing around 0.6 metres high and about 1.2 metres per side. Looking more like a stack of pallets, the company has released a video of the object undertaking a brief flight.

If successful, ionic-propelled drones would be far better and more publically-accepted when flown over urban areas due to their almost silent nature. At present, the noise, often described as sounding like “a swarm of bees”, is one of the greatest criticisms. UT says its ion device flies at less than 7 decibels, and is softer than the sound of rustling leaves or even breathing.

There are plenty of challenges and questions ahead to be answered before the company’s Air Tantrum tech can (from website) “Transform the field of transportation as we know it.”

These include drone thrust, weight, size, energy consumption, carrying capacity, durability, responsiveness and general control before anyone gets too excited. Even so, this is research well worth following.