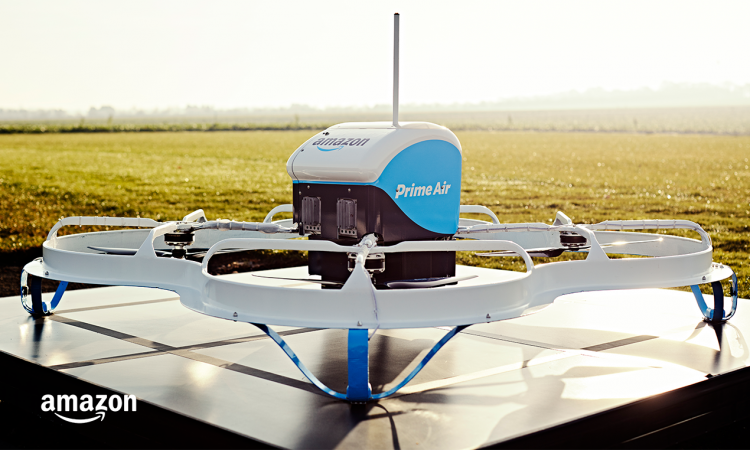 Amazon has sacked dozens of R&D and manufacturing staff from its Prime Air delivery drone project, reports gadgets.ndtv.com, citing an article in today’s Financial Times.  It is unclear why as the company were not available for comment, says the media outlet. It appears Amazon are looking to third-party firms to help kickstart its eagerly-awaited project.

Meanwhile, Amazon Prime Air has reached tentative deals with two external manufacturers to build component parts of its long-awaited drone and further deals with third parties are in the offing. And the full terms of the agreements with Austria’s FACC Aerospace and Spain’s Aernnova Aerospace are still being finalised, continued that Financial Times article.

Jeff Wilke, the CEO of Amazon’s consumer business, had said in June that “drone deliveries will be available in months.” He continued, “We’ve been hard at work building fully electric drones that can fly up to 25 kilometres and deliver packages under 2.3 kilograms to customers in less than 30 minutes.

Amazon Wins US FAA Approval to Deliver Packages by Drone

“And, with the help of our world-class fulfilment and delivery network, we expect to scale Prime Air both quickly and efficiently, delivering packages via drone to customers within months.”

The company conducted its first test of drone deliveries in 2016 in Britain. At the time, it stated US regulations made it harder to use drones for delivery in the US.

Later in September, Amazon was granted approval to deliver packages by drones by the Federal Aviation Administration (FAA). Amazon said that the approval is an “important step,” but added that it is still testing and flying the drones. It did not say when it expected the fleet to make deliveries to shoppers.