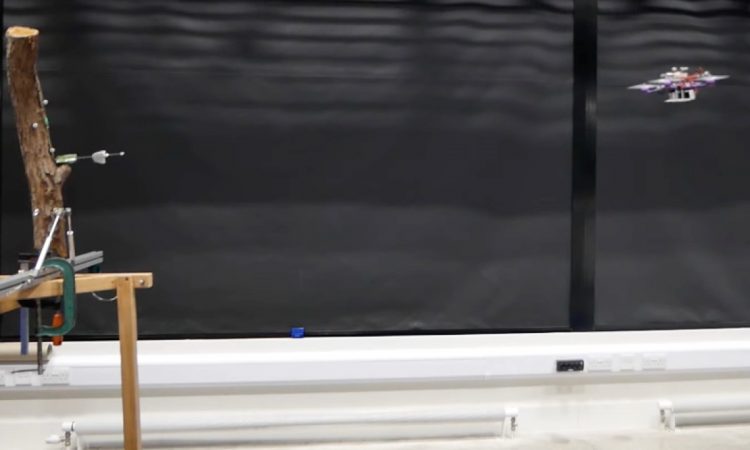 When overseeing environmental studies in dangerous or hard-to-access locations, scientists often set up wireless networks of small data-logging sensors, reports newatlas.com. Deploying those sensors can prove perilous which is why a dart-shooting drone is being developed to do the work.

Although, the idea is not new and experiments have already been carried out,  the deployment methods have involved either dropping the sensors onto the ground, or sticking them into vertical surfaces using an attached appendage such as a robotic arm.

However, when dropping them, it is hard to control exactly where they’ll land. And when on the ground, they can easily get trampled upon or covered in debris. And secondly when pressing them into place using a robotic arm, the drone has to get quite close to the vertical surface, presenting a risk of the craft either colliding with the surface itself, or being caught in obstacles protruding from it, such as tree branches. With these limitations in mind, a team at Imperial College London created the dart-shooting quadcopter.

The craft is equipped with a laser-based aiming system, along with a spring-loaded launch mechanism. On command, a trigger releases the spring, sending the loaded sensor-equipped dart flying vertically through the air to its target. The setup weighs 650 grams, not counting the drone itself, with each dart tipping the scales at 30 grams.

According to researchers, the system has a strike accuracy within 10 cm when shot from a maximum range of 4 metres. While, that accuracy increases as the distance is reduced, the darts have a correspondingly higher tendency to bounce off tree trunks instead of sticking into them. For other forms of targets, such as the steel legs of oil rigs, a magnet or adhesive-tipped darts could possibly be utilised instead.

In its present prototype form, the dart firing mechanism can execute up to 17 launches on one battery-charge, but the darts must be loaded one at a time.