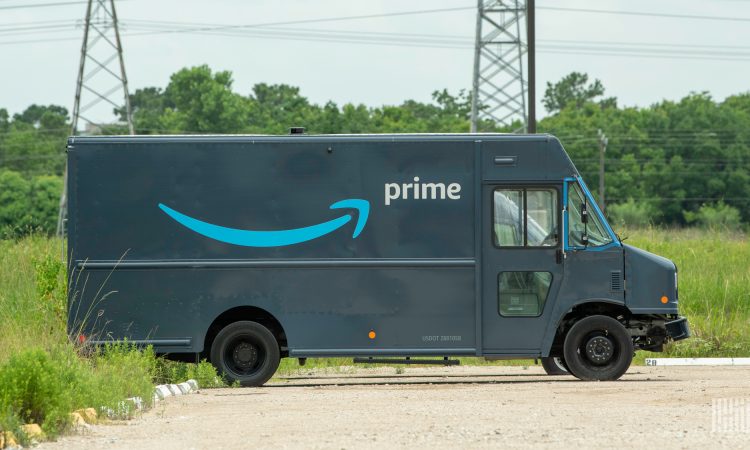 Last week Amazon secured a patent for drone technology that can interact directly with delivery vans. The system, if created, could enable the company to improve its last-mile delivery services by deploying drones from its vehicles.

As described in the text of the patent, “Primary vehicles having cameras or other sensors generate or transmit instructions for causing secondary vehicles, such as personal delivery devices, to travel on selected courses and speeds.” This means customers of Amazon packages may see delivery vans directly deploying and controlling drones that drop off orders. What’s more, these craftwouldn’t have to be decked out with expensive sensors and cameras. Rather, all of that information-gathering technology would be centralised in the van, able to be transmitted to a fleet of drones via a WiFi or other network.

A cautious Amazon spokesperson explained, “Like many companies, we file a number of forward-looking patent applications that explore further possibilities of new technology. Patents take multiple years to receive and do not necessarily reflect current developments to products and services.” Even so, Amazon filed for it just 18 months ago, suggesting the company has had the new drone technology on the docket fairly recently.

Plenty of other companies, including Amazon itself, have been looking at drone technology that can fly and drive deliveries of goods ranging from coffee to Covid tests, but few have attempted to launch and control them directly from vans. Truck manufacturer Workhorse Groupis one of the few, but its model, which attaches mounted drones atop delivery vehicles, has had difficulties with the technology.

With Amazon’s new patent, the aim is to transform an inefficient delivery vessel into a supplementary piece that can boost its vans’ efficiency. The van can delegate much of the legwork to its “drone underlings” while presiding over the entire operation from behind closed doors. Soon, instead of seeing a fleet of Amazon delivery vans in your town, you might see a single delivery van with its own mini-fleet of drones.  Further more, a large freighter could unload its cargo without stopping to dock, or a city train could rapidly travel pass apartments sending off parcel-carrying drones as it goes. By creating a fleet of secondary drones linked with a primary delivery vehicle, all of these are on the table.