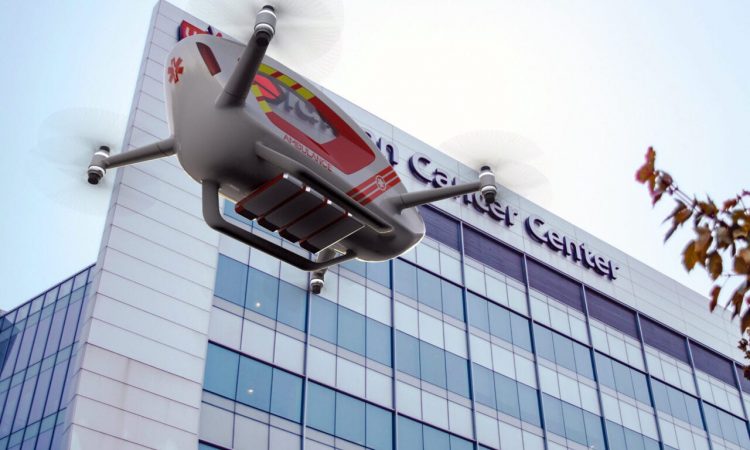 Jump Aero disclosed this week a research contract awarded by the United States Airforce (USAF) as part of its Agility Prime program, reports a press release. Jump Aero is an America-based organisation whose primary role is to assist developing new forms of aircraft designed to fly first responders more rapidly to emergency situations. At present, the company are developing the JA1 eVTOL.

Jump Aero has been awarded a Phase 1 STTR in collaboration with Oklahoma State University’s (OSU) Unmanned Systems Research Institute “to leverage the high performance of its sub-scale technology demonstrator as a low-cost platform for the calibration of navigational aids (NAVAID) and instrument landing systems (ILS).”

The press release continues, “ILS systems are calibrated with an extensive instrument package aboard large, manned aircraft by the FAA’s Flight Inspection Division.  Our partners at OSU have been working with them to evaluate the potential of drone technology in combination with software defined radios to reduce the cost and increase the safety of NAVAID/ILS inspection.”

Carl Dietrich, Founder & President of Jump Aero, says, “Jump Aero is thrilled to have been selected for this Phase I contract through the Agility Prime program.  We look forward to working with our partners at Oklahoma State University to mature these exciting new technologies.”

Professor Jamey D. Jacob, Director of OSU Unmanned Systems Research Institute, added, “The Jump JA1 concept is a unique approach that will provide many benefits to manned and unmanned flight alike and we are excited to help see it to fruition.” Flying a drone on final approach, for example, usually requires close-by runway closure. Whereas, JA1 potentially allows “ILS calibration by unmanned aircraft without the need to shut down an active approach because it is capable of flying approaches at speeds that would enable seamless integration with existing air traffic at airports.”

So, bypassing the need to close a runway makes the craft much more practical and cost effective for both the FAA and the USAF in the future.

Jump Aero’s mission under the tag, “Empowering Heroes”, is to deploy electric eVTOL aircraft technology to cut emergency response times in half.