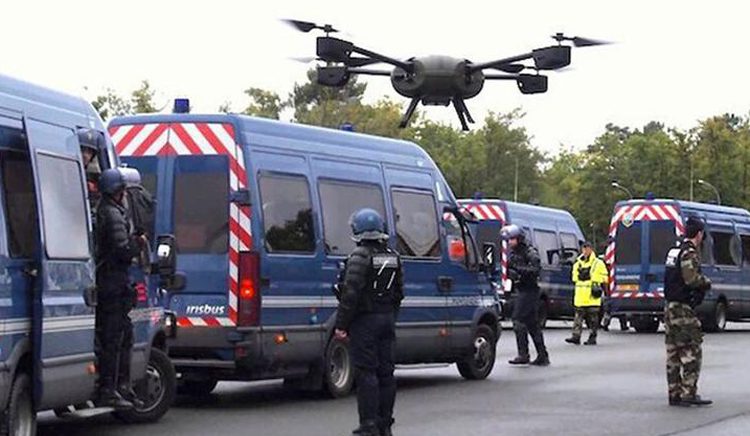 The regulator looked at how law enforcement was deploying the drones to check if people were obeying lockdown rules and tested how it collected data including people’s identities.

Previous UAMN articles on the subject: The CNIL said in a statement, “The Interior Ministry carried out drone flights equipped with cameras outside of any legal framework.” This ban is a victory for privacy activists who’ve been pushing back against the use of new technology to monitor citizens and employees since the beginning of the pandemic. Bloomberg points out, “Drones are also used increasingly by police forces to hunt for criminals over wide areas, monitor crime scenes and crowds or search for missing people.”

French activist group La Quadrature du Net filed lawsuits against the Paris police in April last year (read above UAMN articles). The country’s highest court found in their favour in May, and in a follow-up ruling last month, but the activists argued successfully that the Interior Ministry carried on using the drones regardless. In strong and blunt language, the CNIL stated this week’s ruling meant the government “could no longer ignore the rules” and summoned Ministry officials “with a view to imposing unspecified sanctions.” It called on the government “to stop all camera-drone flights until there’s a framework in place to authorise the processing of personal data, or until a way is found to stop the systems identifying individuals.”

The CNIL told Bloomberg it was enforcing a 2016 European Union directive governing how police and judicial authorities can collect and use such data.

The obvious question: will other countries follow the CNIL ruling? Probably not!