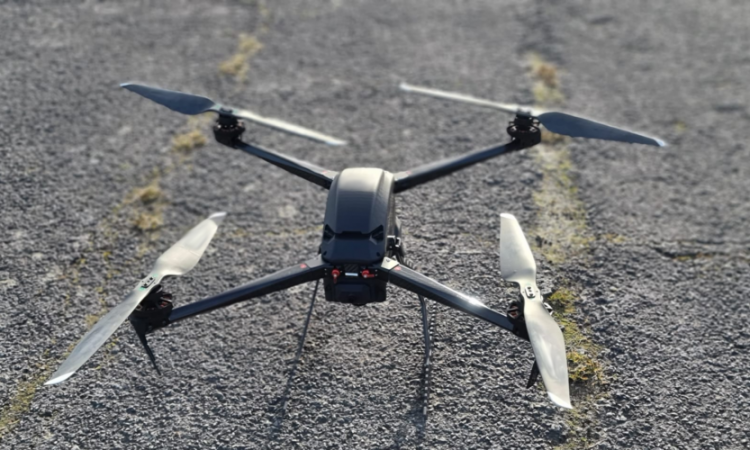 Revector, a bespoke security solutions company, has introduced its Revector Detector Drone (RDD), that comes with an attached mobile phone base station, that can fly over remote and hard-to-reach areas after natural disasters or man-made accidents and locate survivors through their mobile phones, reports a press release. The technology “delivers a new level of flexibility and functionality” for search and rescue teams.

The deployed drones are as light as five kilograms, yet still monitor an area of 10 kilometres, for up to 90 minutes, and accurately identify a person (and their phone) that is lost or injured to within a 20-metre area. The RDD mimics a base station so mobile phones of victims connect to it.

Andy Gent, CEO of Revector, said, “Search and Rescue teams rely on quickly locating where critically injured people are to ensure fast and safe recovery. Not knowing where a victim is means teams risk not only slowing a recovery operation but also possibly risking more lives in extreme environments.”

He continued, “RDD enables rescue teams to know exactly where injured people are on a mountain, in a forest or even in the aftermath of an earthquake as long as someone has an active mobile phone.” The technology can be deployed by mountain rescue teams, police forces and even the military.

Gent continued, “In 2020 Mountain Rescue alone was called on in England and Wales more than 3,000 times. RDD can help ensure that not only injured people have a better chance of early rescue, but also help brave Mountain Rescue teams to remain safe in extreme and challenging environments.” Founded in 2001, Revector creates bespoke security solutions for Governments, law enforcement agencies and other security-conscious organisations that use the telecommunications networks to ensure the safety of the public at large, high risk individuals or corporations and venues. The company has worked with some of the largest organisations in the world and provides hardware and software globally.