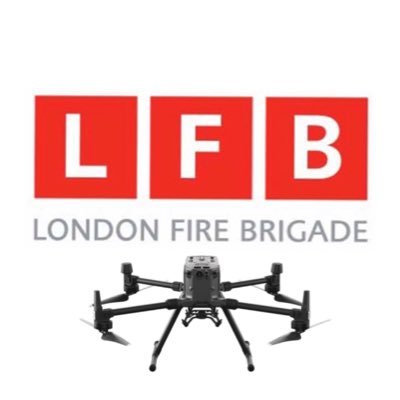 The UK’s world famous London Fire Brigade (LFB) has been deploying drones to assist it with emergencies, reports thebigredguide.com. Drones offer Incident Commanders an aerial view, increasing their situational awareness of fires and helping them to develop tactics to tackle them. Station Officer, Lee Newman, details how the technology is implemented alongside its continued benefits.

The Grenfell Tower fire has resulted in revisions to several operational procedures and the introduction of new equipment within the Brigade. A few months after the fire, the Brigade was tasked with setting up a trial to test the feasibility of having a drone capability to identify external risks and assess building stability at incidents, providing essential safety information that could facilitate ongoing internal firefighting operations. Implement The Use Of Drones

Working with partners who had an existing drone capability, as well as drone experts, the Brigade began work to implement the use of drones and acquired a Matrice 210 V1 and a Phantom 4 as a trainer and reserve drone. In the summer of 2018, an Emergency Services bespoke course was run by Essex Police to train the Brigade’s team of drone pilots, who were all PfCO qualified within one week. From start to finish, it took just nine months to get London Fire Brigade’s drone team operational.

Working Of The Drones

On its first day of being available for incidents, the team received an order to attend a 15-pump fire at a leisure center, which was under renovation. They were asked to confirm if there were cylinders on the roof of the building and immediately put the drone to use.

The team flew and relayed the camera footage onto a large screen that was fitted into a van provided for the trial. The drone footage was able to identify, to the Incident Commander’s satisfaction, that the cylinders were actually rolls of asphalt due to be laid on the roof as part of the renovation. If the drone concept could have proven its use in one job, this was it. The information from the drone allowed the Incident Commander to decide not to make it ‘cylinders confirmed’ and saved a lot of unnecessary extra appliance movements.

Since that first callout, the team has been to around 300 incidents of six pumps or more, including persons in the water, fires, and various missing people’s incidents both in London and into other counties, assisting police forces. The Brigade’s drone capability inventory includes a Matrice 300 with an H20T dual thermal and optical camera; a DJI Mavic 2 Enterprise Dual with multi attachments; a Mavic Air 2 and a Yuneec 520. The Brigade also has a Teradek live streaming device and multiple tablets for receiving the streamed footage. The Brigade operates with two Mitsubishi Outlander PHEVs – plug-in hybrid SUVs – and has split the drone equipment into two, with one vehicle carrying the drone and batteries, and the other carrying all the support kit and ancillaries.

The drones are permitted to fly up to 400 ft above ground level or higher in an emergency and can fly as fast as 50 mph. They also can act as a loudspeaker to give instructions or reassurance and shine a bright spotlight in dark or low light conditions. The Brigade has eight pilots trained and operates a 24/7 service. The team is working closely with its blue light partners, including the: Metropolitan Police Service, several search and rescue teams, and a host of fire services surrounding the capital, as well as giving advice to other upcoming drone teams around the UK.

Use Of Drones In Future

The Brigade’s drone capability has been moulded to how it sees the future and what it holds in the way of drone use. For example, the Brigade has developed a capability to drop water rescue aides to people at water incidents, which helps to keep them afloat long enough to be rescued. The drone can also be used alongside the swift water rescue teams to provide situational awareness of hazards and the resulting risks during the rescue phase. One of the drones deployed

The Brigade also invested in fire escape hoods in late 2018 and has already demonstrated how one might be delivered via a drone to a balcony above the height of an aerial appliance while using the Mavic Enterprise 2 to relay instructions via the loudspeakers. These possible new uses are pushing the boundaries of the Brigade’s original concept and demonstrate how London Fire Brigade works to stay ahead of the curve.