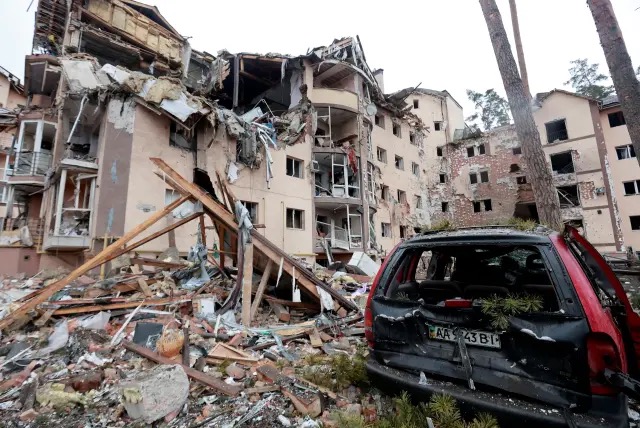 Mick Antoniw, a second-generation Ukrainian representing Pontypridd in the Welsh Senadd Parliament, has raised over USD56,000 in charitable donations for the purchase of specialised drones to assist Ukrainian medics to locate and treat people injured during the Russian invasion of their country, reports dronedj.com.

Antoniw launched his funding appeal hoping to raise USD6,500 and was amazed after taking over eight times that amount. In coordination with the Ukraine Embassy in London, he has handed the money over to purchase U.S-based Parrot ANAFI UAVs for search and rescue missions, where medical teams will deploy them to locate people trapped or injured during the Russian attrocities. Antoniw told GTM Radio, “The drones will allow medics to identify both the injured and fatalities in the rubble resulting from Russian attacks on civilian buildings. The request for the specialist drones has come directly from the Ukrainian Embassy in London.”

These Parrot drones are already being transported to Ukraine. Information suggests they are the ANAFI USA UAVs, that feature 4K/FHD/HD video resolution, 32X zoom, a vertical camera, and ultra-sonar and thermal imaging sensors. These UAVs are also built to withstand cold of down to -40 Celsius, winds of 15 m/s, and fly up to 32 minutes on a single charge.

When released in 2020, the ANAFI USA was promoted as an ideal aerial asset for first responder and emergency services deployment. The article states, “Its beefed-up internal security may also come in useful for Ukrainian operators if invading Russian forces seek to include drone jamming or other tech to incapacitate army, militia, or humanitarian use of small craft.” Antoniw says he was overwhelmed by the response from private citizens, businesses and trade unions. “It means that the fund is able to provide further urgent help to medics in addition to the supply of medical equipment to help deal with battlefield trauma.”

He continued, “The drones are specifically designed for use in conflict zones and use the latest thermal and video imaging technology. They will undoubtedly help save many, many lives.”