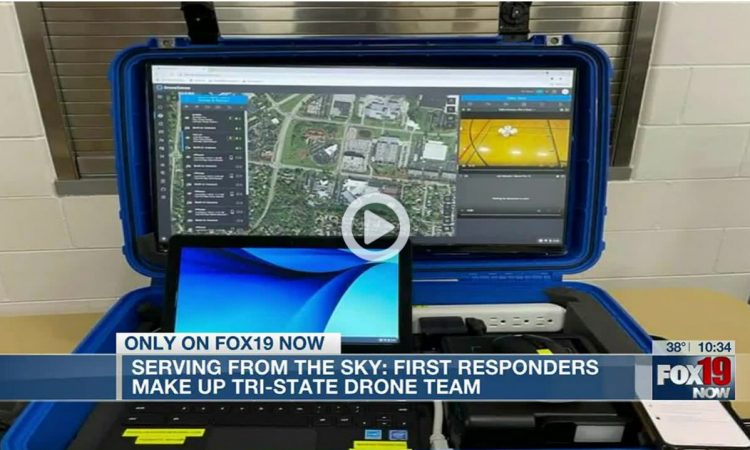 The mainstream media TV news is increasingly focusing on drones, particularly where the craft can assist with saving lives, reports fox19.com. This week the popular U.S news channel highlighted how drones can help in fighting fires.

First responders from multiple Tri-State agencies (Southwest Ohio, Northern Kentucky and Southeast Indiana) have formed a drone team to help in emergency situations. The group, UAS 500, was first launched two years ago. It began small with Woodlawn Fire and Blue Ash Police and has continued to grow into a team of 25 people. Katie Thielmeyer, the team’s project manager and a Woodlawn firefighter, said, “Life and death is exactly what we deal with and drones have proven to change the outcome.”

Thielmeyer said the UAS 500 team has completed the proper training and certification to become drone operators. They now voluntarily serve the Tri-State, which means any agency can request their assistance at an active scene.

Amos Johnson, Woodlawn’s fire chief and a member of the team, commented, “As a fire chief, police chief or anybody running an emergency, our biggest thing is situational awareness. We need to figure out what’s going on as quickly as possible.”

Between the different involved departments and civilian partners, the team currently has access to 12 drones. They are usually called out to help agencies within Hamilton County as well as neighbouring communities. The Team At Work

Johnson explained the drones are a huge help when it comes to fighting fires, specifically tackling hot spots.

“I can see my guys on the roof. I can see what’s going on behind the building. I can see all the fire trucks that are coming in, and then all of the citizens and things that are going on around as well.

He continued, “We can put the drone up with thermal capabilities, and it can point straight to wherever the hot spots are at. We can direct our firefighters to those points to put that fire out, so it cuts our overhaul time in half almost.”

The drones are connected to a live stream, which gives crews on the ground a bird’s eye view that can even be accessed by dispatchers.