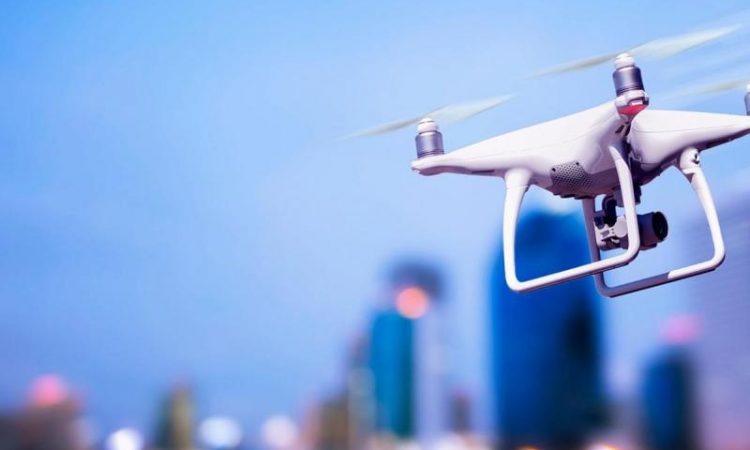 According to the document: Current ATM systems and technologies are not designed to allow the accommodation or full integration of an increasing number of new forms of mobility and air vehicles which have a high degree of autonomy and use digital means of communication and navigation. The future ATM needs to evolve, by exploiting existing technologies as much as possible, and developing new ones in order to increase global ATM performance in terms of capacity, operational efficiency and accommodation of new and/or more autonomous air vehicles, that is supporting the evolving demand in terms of diversity and complexity from VLL airspace to high-level operations. This progressive move towards autonomous flying, enabled by self-piloting technologies, requires closer integration and advanced means of communication between vehicle and infrastructure capabilities so that the infrastructure can act as a digital twin of the aircraft. Ultimately, manned and UAVs should operate in a seamless and safe environment using common infrastructure and services supporting a common concept of TBO. Future operations should therefore rely on direct interactions between air and ground automation, with the human role focused on strategic decision-making while monitoring automation.

Greater air–ground integration will require solid, safe and secure means of communication and networking to transform, in a stepped approach, the current way to communicate. From gate to gate, air-to-ground automation will ensure the use of automatic selection of the link for and frequency of communications by the pilot and ATC. This will support SPO and cross-border operations. Air-to-air communication will enable new operations (formation flights, etc.) and will support advanced separation management and safety nets in the context of the safe cohabitation of different types of air vehicles (high altitude, drones, airplanes, helicopters, etc.). Satellite-based technologies can speed up global deployment for other technologies through virtualisation of infrastructures and synchronised deployments for all stakeholders. Research is required to integrate these technologies into a multilink environment that supports the interoperability and hyperconnectivity of air–ground communication, as well as the transition to internet protocol (IP)- based communications.

A common 4D trajectory, shared between every application that needs to process each flight, and updated by every application acting upon that flight, underpins ground-provided ATM. The accuracy of the trajectory is likely to improve at every stage of flight planning and execution. This requires earlier access to / sharing of detailed flight planning information, and all subsequent updates; publication of planning adjustments to the trajectory; and, subsequently, ATM trajectory adjustments, correlated with the aircraft’s actual trajectory. These principles also apply to new airspace users, including drones, air taxis and high-altitude vehicles. The integration/revisions of 4D trajectories will be based on the extended flight plan exchanges and will require different ‘flight and flow information for a collaborative environment’ services in the pre-departure and post-departure phases of flight, including the exchanges of planned 4D trajectory. The extended flight plan revisions during the planning and execution phase requires further research. Implementation of the TBO concept and flight and flow information for a collaborative environment needs to consider all the different parts that have to be developed in a synchronised way and, as soon as integrated, can offer the relevant services to the airspace users. Besides controller–pilot data-link communications and human-to-human communication, data link will also support machine-to-machine communication, enabling the integration of extended projected profile within the network manager system and further steps in 4D trajectory operations on the path towards ATM/U-space convergence.

Industrial research activities will finalise the development of ground systems to enable complex digital clearances, taking into account traffic synchronisation, demandand capacity-balancing and conflict management. In particular, after having implemented the initial concept of 4D trajectories via the sharing of trajectory (air to ground), there will be a need to go a step further on a larger scale thanks to controller–pilot data-link communications exchanges (ATN Baseline 2 improved clearances and instructions).

The goal here is to define the TBO concept and requirements for drones to operate in U-space, interoperable with TBO in ATM. This concept is necessary to facilitate their access and operations in controlled airspace, and requires the development of separation standards for drones/drones and drones/manned aircraft, supported by procedures and performance-based requirements. In addition, there is a need to identify requirements for a U-space secured digital backbone that is interoperable with SWIM. The specificity of drones on account of their remote control has to be explored, identifying, for both nominal and emergency conditions, the way in which TBO and appropriate connectivity to SWIM can be safely assured, while also taking into account the ground system and associated operational procedures.

A significant move from current aircraft with two pilots to a single crew in the cockpit (i.e. SPO) is being investigated. SPO, as opposed to fully automated flight, respects the societal expectations to have a human in the cockpit for strategic decision-making while increased automation enables automatic flight phases. A precondition for success is the ability to have a demonstrator by the end of 2027, in close cooperation with EASA. In order to operate safely with a reduced crew, safety systems and crew health monitoring systems will be a key enabler to trigger the back-up modes in case of incapacitation, stress or exhaustion of crew members. This is of paramount importance in order to be able to recognise possible dangerous situations, forgotten steps of procedures or check lists, or inappropriate or non-executed actions by the pilot. There is a need to demonstrate the integration of a safety-critical autonomy platform, with an extended high-integrity flight control platform hosting time and safety-critical functions, as well as flight control utilities and autonomous back-up mode, which will be developed outside this SRIA (e.g. Clean Aviation, CORAC). Following an assessment of the roles of ground and air actors, both in normal and abnormal conditions, in the context of SPO supported by a digital assistant, the following topics should be addressed:

Safe return to land: conditions under which pilot incapacitation is declared and how it is handled by the various actors involved, definition of ground assistant role when the pilot is in command, the definition of incapacitation declaration and management procedures between aircraft, the airline operation centre and ATM;

Integration of drones in all classes of airspace

The Digital European Sky builds on the evolution of ATM towards the integration of drones, from small vehicles that are operating mainly at VLL close to urban areas and airports, up to large vehicles, such as RPAS, used both for civil and military applications, which will routinely operate safely using ATM services: manned and unmanned should be able to use the same airport infrastructure; they will both communicate with ATC using data link; rules and procedures will be applied to both, with some adaptations for drones as the pilot is on the ground.

The research will look at:

How to enable drones to operate in controlled/uncontrolled airspace, under both IFR and visual flight rules, and safely integrate with cooperative and non-cooperative traffic;

how to ensure that airborne safety nets will remain effective and independent from separation provision, while possibly adapting ground-based safety nets to these new modes of separation.

These vehicles, which can be viewed as drones, will also need to be integrated, with entry and exit procedures through segregated or non-segregated airspace. As a result, new airspace users include highly autonomous vehicles. Safe separation management of this traffic and efficient integration into the traditional ATM operation is both a technical and operational challenge. Moreover, airborne surveillance and the safety nets (terrain, weather, traffic) and evasive manoeuvres will certainly be impacted by the introduction of new vehicles, such as drones (evolving in lower airspace below 500 ft.).