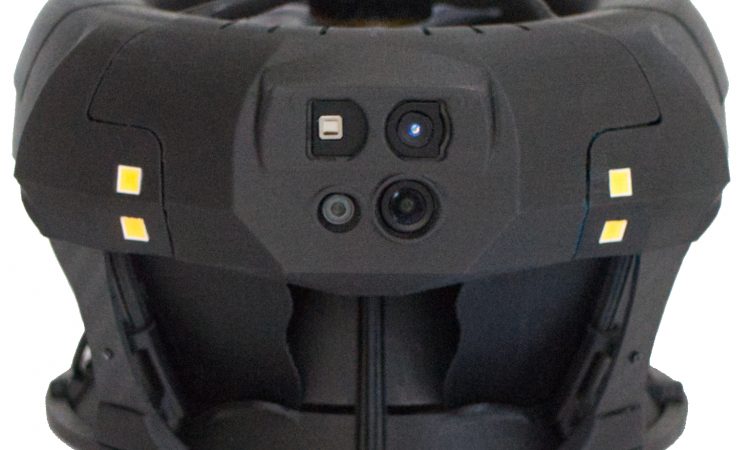 Looking like a micro-sized version of the Death Star, the Dronut X1, produced by Boston-based start-up, Cleo Robotics, and released commercially last month, is a bi-rotor ducted-fan drone (without exposed rotor blades), ideal for small as well as hazardous spaces, reports dronelife.com.

Its unique design, featuring hidden propellers and rounded form, means the Dronut is collision-tolerant and can be operated near sensitive equipment, perfect for inspections both underground and above. Omar Elervan, CEO and Founder of Cleo Robotics, commented, “The Dronut X1 is the first of its type in the world to be based on ducted-fan drone technology that performs as well as a quadcopter drone in terms of maneuverability, yet exceeds the performance of quadcopters in terms of flight time and the ability to bump into things.”

Built from strong, but light carbon-fibre composite materials, weighing just under one pound and measuring 6.5 inches across, the Dronut X1 can also be launched by hand and safely come into direct contact with people without risk of injury.

The article states, “The drone features LiDAR-powered obstacle detection and a sensor suite built for image and data collection with HD photo/video and 3D point-cloud output. With its Dronut X1 pilot assist, powered by Qualcomm Snapdragon, the flying robot does not need to be operated by a highly trained drone operator. The software makes flying the craft easier and safer, allowing the operator to focus on collecting the needed data instead of manually managing the drone’s flight path. It also has several gyroscopes on board and LED lights for low-light environments.” Having previously worked in the oil and gas industry, Elervan explained, “In the past, I and several colleagues had to go into some really dangerous, dirty and hazardous environments including tanks and pressure vessels. We thought, instead of sending people into those environments, why not send in some kind of robot equipped with the cameras and sensors that were necessary?”

The article continues, “Finding that existing robots and drones were not up to the task, the Cleo robotics team set about designing their own drone, one that was small and resilient enough to operate in cramped environments, and one without exposed and whirring rotor blades that could damage or destroy sensitive lines and gauges.”

Elervan pointed out, “Drones, quadcopter drones specifically, are too big, they have exposed propellers, so they’re not the ideal tool. Ground robots can’t climb scaffolding or travel vertically, so they don’t work either.”

Offering a drone system that sells for just under USD10,000, Cleo Robotics already has attracted several major customers in the industrial and commercial space, including FM Global, a property insurance company, and major oil and gas company Chevron, as well as some customers in the construction industry and in the government sector. One of its early clients is the U.S Army, which has adopted the drones as an intelligence, surveillance and reconnaissance (ISR) solution for use in GPS-denied environments.