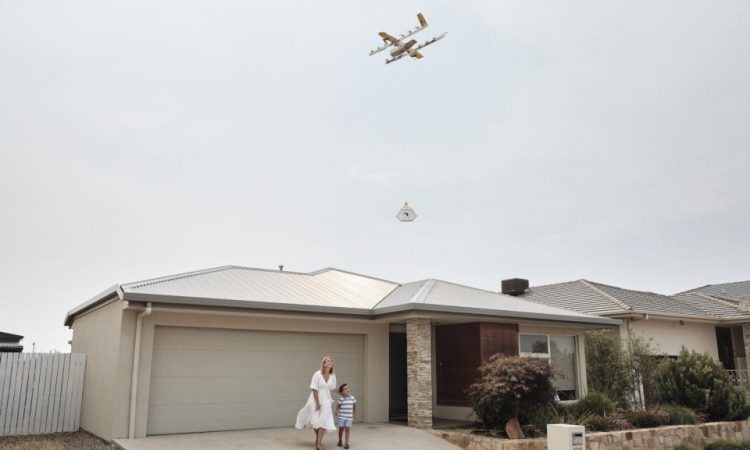 Alphabet subsidiary, Wing, has launched a trial that will have its drones fly products from the rooftops of shopping centres, reports finance.yahoo.com.

The company has started the program in its biggest market, Logan, Australia. The subsidiary has teamed up with Australian retail property group, Vicinity Centres, to test the new model at Logan’s Grand Plaza, where Wing’s drones has been flying orders to customers from businesses directly below its launching pad. Wing has been operating in Logan for two years, but up until now, businesses have had to co-locate their products at the company’s delivery facility. This is the first time the subsidiary is conducting deliveries from participating merchants’ existing location instead.

Wing has been flying its drones from the rooftop of Grand Plaza since mid-August, delivering sushi, bubble tea, smoothies and other products from merchants in the shopping centre. Starting this week, the drones will also deliver over-the-counter medicine and personal care and beauty products.

Within the first six weeks of operating from the Grand Plaza, Wing’s drones have already made 2,500 deliveries to several Logan suburbs. The company plans to expand not just its partner merchants in the centre, but also its delivery coverage area.

Jesse Suskin, Wing’s Head of Policy & Community Affairs in Australia, remarked that if the Grand Plaza pilot is successful, the company can “potentially roll out similar models in other locations across Vicinity Centres’ retail property portfolio.”

While it remains to be seen whether the Grand Plaza pilot will lead to rooftop deliveries from more Vicinity locations, Wing has been successful in Logan. It has already made more than 50,000 deliveries in the city this year alone and has celebrated its 100,000th delivery overall in August.