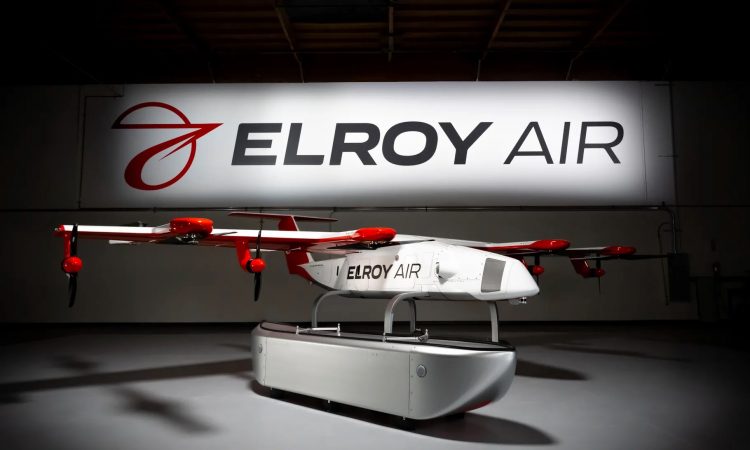 MAJOR news this week from Elroy Air who has unveiled its pre-production aircraft, The Chapparral. Some of the big tech-hitter media outlets like theverge, newatlas and techcrunch have covered the story as well as the mainstream Forbes.com  (see link to feature below).

Described by Elroy Air’s co-Founder, Clint Cope, as “a hybrid between a rough-and-ready helicopter and a battle-hardened bush plane,” the Chaparral is a VTOL craft that transitions between hovering using eight vertical fans and forward flight using four swiveling propellers. A hybrid-electric powertrain gives it a range of up to 300 miles and a cargo capacity of 300 to 500lbs. Goods are loaded into an underslung pod that can autonomously be picked up and dropped off. The company announced this week it has “secured agreements” to supply 500 aircraft to commercial, defence and humanitarian customers and says the sales amount to “more than USD1 billion.”

Did you know: Elroy is named after the son from the early 1960s cartoon series The Jetsons.

The difference between Elroy and many of competitors is the size of potential load the VTOL can carry. While medical and food drone delivery companies like Zipline, Wing and Manna aim for “a high number of flights per day” given the small size and weight of cargo to attract their profits, heavier loads and far more items offer greater profits and less flights required.

The lure of autonomy in this “heavier area” is also clear. Taking pilots and passengers out of the equation obviously reduces the danger to human life, while the development of new, efficient electric VTOL systems has simplified the work of loading and unloading cargo, where profits grow.

The promise of the Chaparral, in particular, is fast deployment in remote and/or rough terrain and why there is additional  humanitarian and military interest. Elroy has received funding from the US Air Force and an order for 100 new craft from AYR Logistics, a company that works with aid groups like the United Nations and World Food Programme (WFP).

In a press release, Cope says, “The Chaparral will be a vital logistics link for people around the world with unreliable roadways and in remote and rural areas that take longer to reach today.”Stephen Lyons, CEO at AYR Logistics, added, “Moving to unmanned, aerial cargo vehicles will make a huge difference to our cost structure and the risk profile of our operations.”

He continued, “We fly in difficult terrain and difficult conditions. We don’t always have the luxury of a runway or even personnel at some locations. There simply hasn’t been a UAV with the type of capabilities that the Chaparral has in the commercial markets.” Theverge.com explains, “The Chaparral is designed to fit inside a standard 40-foot shipping container, making it easy to move and deploy around the world, while its modular cargo pods can be pre-loaded by personnel on the ground and then left within a 50-foot landing square for pick-up.” Elroy has also received interest from regional airlines, Mesa, to use the craft in express parcel and medical delivery.

Jonathan Ornstein, Mesa Airlines CEO, commented, “We are increasingly seeing the demand for same and next-day delivery, but so many rural communities have been cut off from the national transportation system.”

He continued, “Pilot shortages and environmental regulations make this even more challenging. With the Chaparral, we’re excited to be able to provide autonomous cargo delivery to help reconnect those communities.”