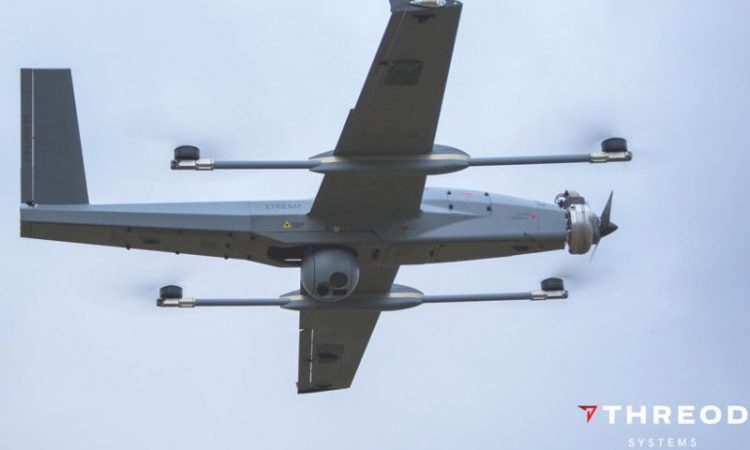 Estonia is setting its country on course to become a major player in the expanding EU drone industry, reports investinestonia.com.

Studies suggest that 150,000 new jobs are to be created in this sector by 2050. Ten years from now, the drone industry could make up 10 percent of the entire aviation market in the European Union (EU). This accounts for around EUR15 billion per year.

The Estonian drone sector has every chance to grow exponentially, say marketeers, thus greatly increasing local export. Additionally, this sector will receive a slice of the annual hundreds of billions of euros available. Marek Alliksoo, CEO at SKYCORP OU, a company that develops hydrogen drones in Estonia, comments, “The drone market will grow to EUR50 billion by 2026 and I see a fantastic opportunity for export. Estonia has the possibility to benefit greatly.”

He believes that Estonia could become one of the most prominent European development and operating destinations in the drone industry. He continued, “There is a great deal of potential in drones that perform logistics or gather data, air taxis that transport people or hydrogen and electric aviation.” Invest Estonia’s Business Development Manager, Raido Lember,  says, “Estonia has a good chance to become a unique drone development centre if they collaborate and innovate with universities in Tartu and Tallinn.”

A small nation has powerful advantages

Alliksoo believes that a unique way of thinking compared with other European nations will make Estonia a leader in the industry. He explains, “Our first option is not looking for justification for why we can’t do something. Our country’s regulatory aspect is simple and supportive regarding unmanned tools.” Additionally, a clean and underutilised airspace provides support to the Estonian drone industry.

Alliksoo continues, “Drone mapping is rather straightforward over Estonia’s largest cities. It provides many opportunities for further development, collection of existing use-cases and raising awareness. Therefore, we don’t have the obstacles other countries have in these fields.”

Furthermore, Estonia will benefit from being a small country. He points out, “This provides us with an important competitive advantage, which is speed – we are able to do things nationally, while at the same time, our competitors can only operate regionally.”

Helen Kalberg, Marketing Manager at Tartu City Government, represents the public sector. She remarks, “Interest in the drone industry is at a high level in higher education institutions and they wish to train more specialists. Versatility exemplifies Estonia because we are a small country, information is passed on quickly and there isn’t too much bureaucracy.”

Meanwhile, according to Alliksoo, success stories in the ground-based unmanned transport field or logistics field show that Estonia has a favourable regulatory framework. He states, “Auve Tech, Cleveron and Starship Technologies are but a few examples. Estonia has a number of industry leading companies in the drone sector.” For example, Cleveron demonstrated near Lake Viljandi how they are able to use drones to sell cold cocktails to clients. Orders were completed in less than five minutes, and by doing so, they showed the world another area in which technology is able to replace human labour.

Threod Systems drones were used to support the Estonian Police, as well as the healthcare sector, during the Covid-19 pandemic, by informing the public about current restrictions via drone. The craft also transported coronavirus tests to the mainland from the island of Saaremaa.

Krattworks has developed technology that can be used for firefighting, while Estonia shines at its Eastern border being the most guarded boundary in the EU.

“Using drones allows us to nip incidents in the bud and react to them as soon as possible,” says Helen Neider-Veerme, Head of the Bureau at Border Police. She has also stated this technology is of great help in monitoring and detecting what occurs at the border.

Alliksoo points out the greatest success story in the Estonian drone industry is participating in the SESAR JU Gulf of Finland U-Space project as well as in the subsequent Gulf of Finland 2.0 project.

He remarks, “Both projects are quite unique. In the latter project they are planning to implement an air taxi service and apply it across the Gulf of Finland between the two countries. This would be an unbelievable achievement on the world stage.” He adds that three Estonian drone companies are supported by the European Space Agency’s business incubation centre. “Even today, we don’t really comprehend the scope of this market,” continues Alliksoo. He provides an example. Nordic countries are developing 6G mobile networks in order to more successfully take advantage of unmanned aerial traffic. “I can’t wait until our network operators discover this niche.”

New and comparable success stories should be further supported by Tartu’s ambition of building an area in which to develop and test drones in collaboration with the Estonian AviationAcademy, TartuAirport, the University of Tartu as well as Tartu Biopark. SKYCORP also collaborates with the City of Tartu.

Alliksoo concludes, “We have mapped out a number of existing use-cases in collaboration with Tartu City Government, in which drones are able to be used to create added value as well as resolve actions better, faster and automatically, especially those that are currently completed manually.”