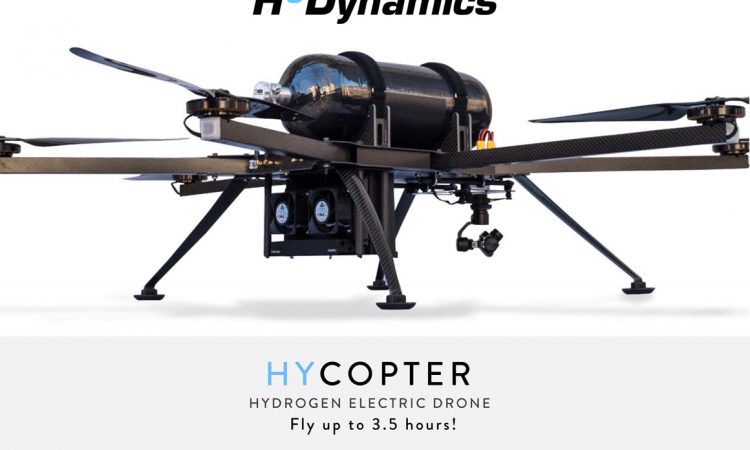 It has been a week of certification awards for the drone and eVTOL industry and the latest comes from Japan, reports autoevolution.com.

H3 Dynamics, a Singapore drone start-up, has achieved an important milestone for its Aestrostak hydrogen fuel cell system that powers a drone which received official approval from the Minister of Economy, Trade and Industry (MITI) in Japan. The craft was developed by Drone Works, with support from technical integration from a Toyota Group member, Toyota Tsusho Nexty Electronics. The initial and successful trial flight of this first certified hydrogen multi-rotor drone was carried out in Japan at the end of last month. It is constructed with a small container made out of composite materials for high-pressure hydrogen and is equipped with a drone-compatible fuel cell system developed by H3 Dynamics.

The aerial mobility company has been researching and testing hydrogen fuel cell systems, compatible with drones for more than a decade, and has launched several air cargo platforms using these systems, including fixed-wing aircraft and eVTOLs.

Its hydrogen multi-rotor drone Hycopter, launched a few years ago, is capable of a three-hour flight. The craft is able to map out areas that are six times bigger than what battery-powered drones can cover. This performance makes it an excellent choice for large-scale inspections, emergency missions, as well as reconnaissance and surveillance applications. The Hycopter can reach a maximum speed of 35 mph, depending on the payload, and is designed to be refilled with hydrogen within 30 minutes. The main advantage of hydrogen-powered drones, compared to lithium battery-powered ones, is the extended range, which enables them to complete more complex missions, in a shorter time, with lower costs. As green hydrogen becomes readily available, this will also be an effective environmental solution.