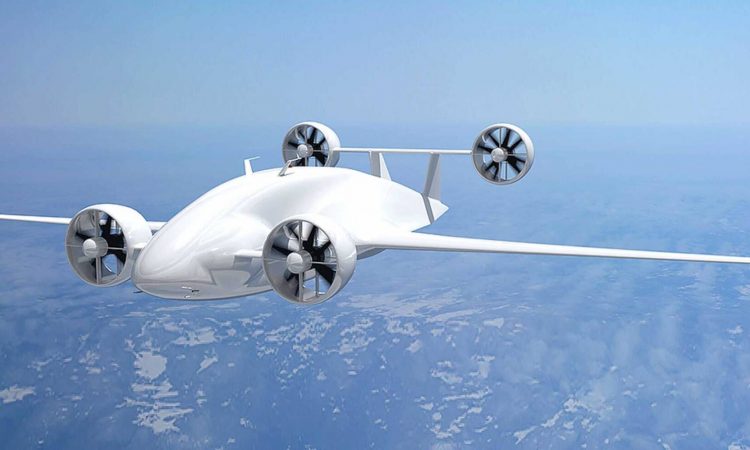 Sabrewing Aircraft is close to demonstrating “the first flight of its Rhaegal unmanned heavy-lift, long-range half-scale prototype aircraft”, reports janes.com. Ed De Reyes, Sabrewing Chairman and CEO, told the publication the flight is to be carried out later this month.

The prototype has an 8.5 metre wingspan, and is approximately half the weight of the full-size production aircraft. The finalised Rhaegal will have a wingspan of 17 metres. De Reyes explained, “The company started with the half-scale prototype to make it easier to operate and for it to perform avionics and autopilot development.”

Janes.com says the “completed Rhaegal will feature a turbo-electric powertrain that is fuel-efficient and not require a charging station. Sabrewing is installing a Safran Arriel 2D turboshaft engine that it received for free from Safran into the half-scale prototype for use in its upcoming flight test.”

The publication goes on, “The Arriel 2D, which powers the Airbus H125 and H130 single engine commercial helicopters, features a take-off power of 952 shaft horsepower (shp), and a cruise power of 856 shp.”

De Reyes went on to say that Sabrewing had “just finished redesigning the half-scale prototype’s gearbox for use with the Arriel 2D as it would provide about 3x the shaft horsepower that would have been provided by another engine the company considered using.” He also told Janes.com last month that the company “was planning to use a Boeing 502 gas turbine engine in the half-scale prototype’s first flight, but decided against it when it discovered that the Boeing engine, which provides 300 hp, would max out at just over 300 kW for a few seconds.”