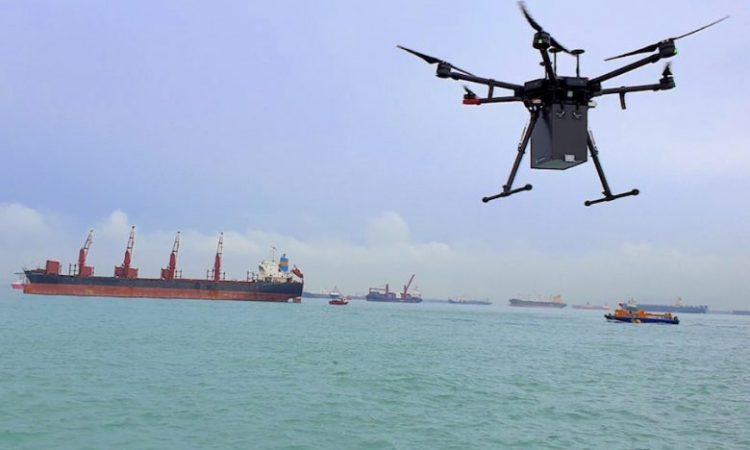 The investment round was led by Singapore, Eastern Pacific Shipping (EPS), and German company Schulte Group. Other investors included SEEDS Capital, Entrepreneur First, Orient Ventures, Superangel and a few Singapore-based angel investors. At this time, it is unclear how much money was raised. Gil Ofer, special advisor for innovation at EPS, said, “We firmly believe F-Drones will reinvent the shore-to-ship delivery process by being faster, cheaper, and cleaner than any existing model in use today.”

He continued, “F-drones also adds an important layer of safety for seafarers and service providers by limiting human contact for routine deliveries. We see F-drones as pioneers in an emerging space that has immense potential.”

F-Drones provides commercial drone deliveries to ships and is developing the Hyperlaunch Heavy (HLH), a fully electric and autonomous drone, capable of delivering 100 kg payloads over 100 km.The company’s development has also been supported by various government agencies, including the Maritime and Port Authority (MPA) and Civil Aviation Authority of Singapore (CAAS).

Thomas Ting, chief technology officer of MPA, commented, “As a key maritime hub, we support technology start-ups which push the envelope driving the next phase of Maritime Singapore’s industry.”