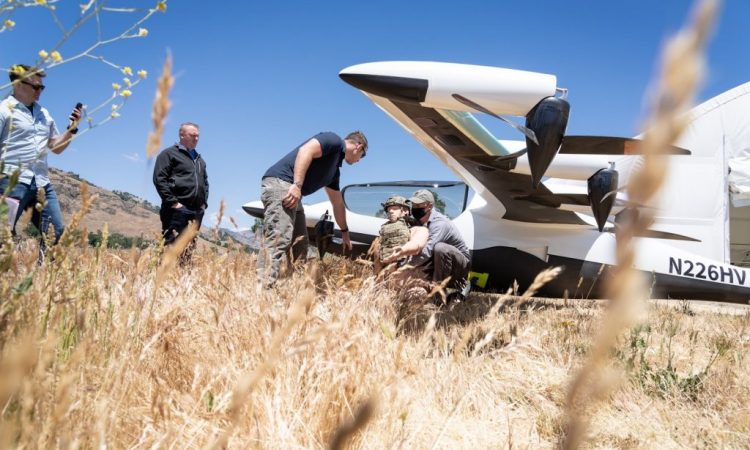 Kitty Hawk has joined the US Air Force’s Agility Prime programme, with its Heaviside eVTOL becoming the first electric aircraft to be used in a medical evacuation exercise, reports newscentral.site.

The exercise gathered a rich catalogue of data to inform dual-use utility at the prototype stage, which will inform future developmental and fielding decisions. Besides assessing different loading scenarios, the team also observed demonstrations of remotely piloted and fully autonomous flights with Heaviside. Based in California and founded in 2010, Kitty Hawk has developed numerous eVTOL vehicles including the Heaviside vehicle, which is named after English engineer Oliver Heaviside.

It flies at speeds of up to 180 mph with a potential range of 100 miles plus reserves on a single charge. It takes off and lands in a 30×30 foot space, reaches sound levels of 38 dBA at 1,000 ft and is 100x quieter than a helicopter. Kitty Hawk added that it requires less than half the energy per mile of a conventional electric car. Sebastian Thrun, Kitty Hawk CEO, commented, “The world is going to need new modes of transportation and Heaviside is one path to getting us there. We are excited to be working with Agility Prime and look forward to our continued collaboration as we bring eVTOLs to more people.”

He continued, “The Agility Prime and Kitty Hawk teams facilitated the convergence of Air Force and Marine Corps testers and operators to engage with Heaviside, all while experimenting within the context of Personnel Recovery and logistics use-case scenarios.”

Col. Nathan Diller, AFWERX Director, also commented, “We are pleased to welcome a new partner and happy about the progress in this first Agility Prime exercise. This is just the beginning of many examples that the team will be exploring in the coming months to partner with commercial companies in a way that accelerates maturity for commercialisation, while providing the Department of the Air Force with decision-quality data for future force design.” As well as working with the US Air Force, Kitty Hawk is also working with Danish emergency response and healthcare company, Falck, to create a framework which will see Heaviside used for emergency medical missions.